The typical listing appointment discussion::  So what do you think a buyer would be willing to pay for your home?  I ask this question.  I listen.  I take a deep breath and then I give MY pricing opinion/strategy.  I watch their jaws drop to the floor.  Once again, the sellers are confused about list price vs. value.  And, why is this?

...Looks like it's time for a little reality check.

It's been said that a man's home is his castle and it's worth more to him than it really is.  That said, how did the homeowners arrive at their numbers before I arrived at their home with tons of documentation and statistics from all my time spent on preliminary research?  As a Realtor, I'm positioned to give my pricing opinion which is always supported by documentation.  But, before sharing I want to hear their thoughts?

...I ask them.  HOW?  How did they arrive at this number (which I know already, far exceeds mine)?

Usually the homeowner tells me that he saw other homes "listed" for sale in the community.  Okay, so he understands the concept of comparing homes for sale.  Good.  They understand what they might be competing with.  Great.  But, there is more to it.

The process of pricing a home must be based on determining what a buyer might pay?   Often sellers have no clue what area homes have SOLD for and confuse the listing prices of comparable properties with value.   There is a big difference.  Somebody else's inflated price cannot be the basis for neighborhood value, but often it is - at least, in the eyes of all the neighbors.  It's a common mistake.

...It sure is hard to change somebody's mindset once they have become fixated on a certain price.

But, this is my job.  When pricing a property, I have to insist that the homeowner look at what has SOLD..  Until the moment I walk through the door to meet with a homeowner, this information is pretty much a secret.  Often there is a huge variance between original listing prices of comparable homes and the final sales prices.  Pricing a new listing is all about monitoring what has recently sold rather than duplicating somebody else's failed pricing strategy of a nearby house that has been on the market for months and is not getting any action.

Continued discussion:   You mean that house I thought was comparable to mine is really overpriced based on other homes which have sold?  You mean I should list my house even lower, than the price I had been fixated on all along?  And, then I should expect that a buyer would be willing to pay even less than the list price you are suggesting which leaves some room still for negotiation?  Oh, I get it now. By doing this, the listing will appeal to a greater number of buyers too. Yes, I do appreciate that you want to list my house at a price closer to what you believe a buyer would be willing to pay, get it sold in a reasonable amount of time with the least amount of inconvenience to myself and my family. But, I was really expecting to sell at a better price...Hmmm.

When the mindset suddenly changes,  I can see money flying out the window.

I watch the homeowner as he gives it much thought.  Does he hate me now?  I might have burst his bubble but at least I have been realistic.  I don't want to mislead anybody.  After all, we have to work together.  Gosh, I hate to be the bearer of bad news.

A good agent sets realistic expectations and the average seller usually wants to see if he can exceed those expectations.  Call it human nature.  Some people might even call it greediness.  Personally, I have seen many sellers shoot themselves in the foot by listing their house too high while their agents do nothing to discourage it.  Many have had to chase after a declining market in recent years. and by doing this, they have taken a bigger hit later - after the reality check.  So, this is why I try to encourage a reality check early on.  The inflated prices of one, two, or three comparable properties should not be the basis of what a buyer will be willing to pay.  And, the asking price of nearby active listings does not equal the value of YOUR home.

Continued discussion:  Let's look at what I see when viewing a comparable property that has sold and try to understand the seller's pricing strategy:  Original price,  1sr price reduction,  2nd price reduction,  negotiation =  SOLD.  ...Now, this might equal your value.  And, then again - in this declining market  ...maybe not.  And, after 208 days on the market was that a smart pricing strategy to begin with?

Thoughtful post...you said it all, and very well, too.    Thanks!

Hi Carol!
I have had to have this discussion more than once.  It is really difficult when I quote them a price, once the property is ready to put on the market, they take 4 months to prep it, then we have lost our higher comps and now have to price it even lower. It is hard to discuss and even harder for a seller to accept.

Hi Carol... not only is it our job to set realistic expectations, but as REALTORS® it is our obligation under the NAR Code of Ethics.

According to CoE Standard of Practice 1-3:

"REALTORS®, in attempting to secure a listing, shall not deliberately mislead the owner as to market value."

Then there are the buyers who think that the assessor value should work for the sale price.

Oh Brother says it all 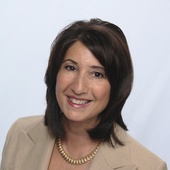 ActiveRain Community 2 months ago
bookmark_borderbookmark
Does it Bother You If Your Friends, Relatives Don' ...

Get the WeatherBug Web Widget widget and many other great free widgets at Widgetbox!