Well, Jon's made AR just that much more fun and given me lots of new, creative ideas for my listing videos.

I have always been fascinated by the ability of other people to add humor to everything. Like spices, which accentuate the tastes in the food, humor brightens up everything it touches. It is the best way to make something you want people to remember - more memorable. It piques your interest; it makes complex things look easier, it opens us up to the message... and, of course, to the messenger.

Humor always brings the best in us, laughter is always a sign of good mood and positive emotions, and this  is what  we want in ourselves, and in our customers.

It was over a year and a half ago, that AR had a video contest. I remember thinking about participating, but we were not equipped, and not ready to do it, and we passed on the opportunity. I had some ideas on what I would have done, and I pictured a winning belt, of course, if we would have turned the idea into a video, and that's quite a distance between the concept and the end result. But when I finally watched the video, which won the first prize, I knew that even if we would do our video, we would have lost. That's how good this wining video was.

I watched it again recently, and I was again fascinated with both the concept and with the realization. Graphics, voice, music, all of it worked together. Mike Lefebvre, the winner, really did a terrific job. I went to his blogs and looked at some other videos that he put together. They are not as much fun as the prized one, but they are also rather cool real estate videos.

I checked his recent blog and it really came as little surprise that Mike was included into the  David Meerman Scott's bestseller “World Wide Rave”.

Check his prized video below. Since that time we started putting together slide shows and even adding a bit of video. We once even tried to spice it up with humor, but it did not get rave reviews (LOL). You can check it (Sex in The City) below.

A little laughter goes a long way.  There are studies that prove that people who laugh out loud and often live longer.

Wow, how sweet of you, thanks.

Of course, we love to laugh, and that's the reason we have (LOL), but do not have WOL (whining out loud) 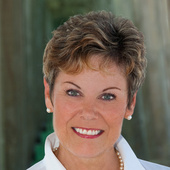