Have you sent your Christmas Cards yet??

I haven't, they are on order and believe me...that is no easy feat.  I just hope that they arrive at my doorstep in time to get them addressed and at the Post Office before Christmas.  Every year since having children we take a photo of the whole family to update those family members who we haven't seen in awhile.  Taking a picture with a tripod and 3 young children is not easy!!

For more than thirty years, Americans had to import greeting cards from England. In 1875, German immigrant to the U.S. Louis Prang, opened a lithographic shop with $250, and published the first line of U.S. Christmas cards. His initial creations featured birds and flowers, unrelated to the Xmas scene. By 1881, Prang was producing more than 5 million Christmas cards per year. Today, Christmas cards come in all shapes and sizes -- from small and simple to big and colorful. The big American producer of Christmas cards, Hallmark, employs a whole army of Christmas card designers who produce new Christmas cards every season. The most popular cards are the old fashioned and nostalgic ones with sledges and pixies, and a big, chubby Santa Claus in a red and white coat.  Since the Internet became widespread in the middle of the 90's, sending electronic Christmas cards became the trend.

In 2004, the German post office gave away 20 million scented stickers for free to make Christmas cards smell like a fir Christmas tree, cinnamon, gingerbread, or a honey-wax candle.

A surge in Christmas cards came in the 1940s, courtesy of World War II. Friends and family, far away fighting, received cards with patriotic messages and symbols, like Uncle Sam.

Many organizations produce special Christmas cards as a fundraising tool. The most famous of these enterprises is probably the UNICEF Christmas card program, launched in 1949.

An average household in America will mail out 28 Christmas cards each year and see 28 cards arrive in their place.

I could go on and on about traditions for the holidays, lets talk about something else...  How about how to prepare and get your home ready for market.  How do you make your home a Buyer's Desire?!?     So to incorporate the 2 subjects we will instead of singing the 5 Golden Rings from the "12 Days of Christmas"...lets sing the 5 Tips to Home Staging!

Pack it early, move it later!
Pack it! Stack it! You're moving it!!

As soon as you know you are moving, start packing!  Most home sellers wait until they close on the house to start packing.  You send the message to your buyer that you are ready for them to move in if you are half way out the door!  Stack packed and labeled boxes in the center one half of your garage or in one area of your basement.  Buyers get the message when they see you only have the necessary items left.  A home that is packed shows bigger and is easier to keep picked up!  Leave only enough furniture and accessories to show room size and highlight the home's features.  You may want to hire a professional home stager to assist you in marketing your house.

If you are short on space or want to pack up your belongings, our team will pack, store, and/or move you valuables with care and professionalism that will bring you comfort and ease with your relocation needs.  If you are downsizing and have things that you would like to sell, we can get in you touch with the right people to help you do so.

You can learn more by visiting us at:

Tammy, what a wonderful post!! I never knew the history behind Christmas cards. Very interesting!!! I sent a bunch of cards off today to friends near and far.  I will work on my "marketing" Christmas cards to my "farming" area this coming week!  Have a wonderful holiday season!!

I would love to have scented cards!  I love that idea!

What an interesting post--thanks for sharing.  I've been sending Happy New Year cards to my business associates--after the rush of the other Holidays I think they get more notice and it avoids the whole Merry Christmas dilemma.

Thanks for all your nice comments.  I have been having so much fun doing the research for these posts!

Debra, I like your idea about the New Year cards.  I can see how they may get more noticed, being some different.  "Different" is good sometimes!!

There is one more in my series of the 5 Tips...look for the last one coming soon. 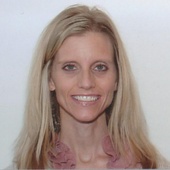