A few weeks ago I gave my neighbor my business card.  The other day she called to tell me one of our neighbors, whom I'll call the Morrisons, had been placed in a nursing home and suggested I contact the family to see what their plans are for the house.  She said they lived two doors down, but I'm relatively new to the block and I had no idea which direction she meant; there were elderly people living on both sides of our house.  I meant to go on line, look up their address, and send a letter but life took its own course so I procrastinated instead.

Last week, as I was feeding the dogs, I saw a car stop two doors up from our house.  I watched as a woman emptied the mail box and thought to myself, 'this must be the Morrison's daughter.'  I wanted to catch her before she left but the dogs were still eating and three male dogs can not be trusted not to mark the house if left unattended.  I must have looked like one of the targets in the old shooting galaries because I kept walking in circles to the front door, then remembering the dogs, back to where they were eating, and back to the front door again.  Finally, my partner came home & I ran out the door and up the street with my business card in my pocket.

Reaching the house, I did a really crappy job introducing myself and learned that the family I was looking for lived in the other direction.  Because her dog was so stinking cute and you know how people love to talk about their pets, we were able to strike up a conversation.  While we stood outside her parents' house gabbing, she took my card and told me how many people she knows that might be ready to list soon.  Note to self: grab more cards.

Arriving home, I told my partner about my mistake.  He told me if I had stopped for a minute and asked him, he could have told me that wasn't the Morrison's house.  I told him if he had, I might not have had the guts to run out and introduce myself so it was better that he didn't.

I have decided to farm my own neighborhood and hope that people would rather trust a neighbor than a stranger when they need to buy, sell, or lease real estate.  Other note to self: include a picture of my dog - he's pretty cute, too and my neighbors may remember him quicker than they'll recognize me.  I'll let you know how this works out.  Any advice?

Farming your own neighborhood is best. Just meet the people in a neighborly ontext and keep the I'm a Realtor to  minimum. Pretty soon they will start asking real estate questions and you will know that the few things you send o0ut have registered with them.

Thanks Glenn.  I joined a gym last year when I 1st started in real estate.  I was really quiet and really low key because I didn't want people to say, 'oh she's just a pushy realtor'.  It's taken a while but I've met a lot of people who seem happy to talk to me.  Most know what I do & I am hopeful that they will also ask real estate questions eventually. 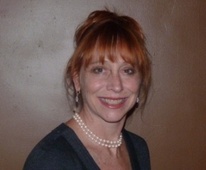