RISMEDIA, April 23, 2010—Buyers responding to the home buyer tax credit and favorable affordability conditions boosted existing-home sales in March 2010, marking the beginning of an expected spring surge, according to the National Association of Realtors.

Existing-home sales, which are completed transactions that include single-family, townhomes, condominiums and co-ops, rose 6.8% to a seasonally adjusted annual rate of 5.35 million units in March from 5.01 million in February, and are 16.1% above the 4.61 million-unit level in March 2009.

Lawrence Yun, NAR chief economist, said it is encouraging to see a broad home sales recovery in nearly every part of the country, with two important underlying trends. “Sales have been above year-ago levels for nine straight months, and inventory has trended down from year-ago levels for 20 months running,” he said. “The home buyer tax credit has been a resounding success as these underlying trends point to a broad stabilization in home prices. This is preserving perhaps $1 trillion in largely middle class housing wealth that may have been wiped out without the housing stimulus measure.”

Total housing inventory at the end of March rose 1.5% to 3.58 million existing homes available for sale, which represents an 8.0-month supply at the current sales pace, down from an 8.5-month supply in February. Raw unsold inventory is 1.8% below a year ago, and is 21.7% below the record of 4.58 million in July 2008.

“Foreclosures have been feeding into the inventory pipeline at a fairly steady pace and are being absorbed manageably,” Yun said. “In fact, foreclosures are selling quickly, especially in the lower price ranges that are attractive to first-time home buyers.”

A parallel NAR practitioner survey shows first-time buyers purchased 44% of homes in March, up from 42% in February. Investors accounted for 19% of transactions in March, unchanged from February; the remaining sales were to repeat buyers. All-cash sales remain elevated at 27% in March, the same as in February.

The national median existing-home price for all housing types was $170,700 in March, up 0.4% from March 2009. Distressed homes, typically sold at a 15% discount, accounted for 35% of sales last month – unchanged from February.

“With home values stabilizing, a revival in home buying confidence will likely help the housing market get back on its feet even as the tax credit impact disappears,” Yun said.

NAR President Vicki Cox Golder, owner of Vicki L. Cox & Associates in Tucson, Ariz., said buying conditions are in near-perfect alignment. “Even with tougher loan standards, historically low mortgage interest rates with affordable prices and a sense that the market is turning have created optimal conditions in much of the country,” she said.

“With the fast approaching April 30 deadline to get a contract in place for the tax credit, Realtors are working harder than ever to negotiate transactions, arrange services and complete paperwork,” Golder said. “Because many repeat buyers need to sell their current home first, many will be purchasing later without the tax credit but now have the benefit of a more buoyant housing market.”

According to Freddie Mac, the national average commitment rate for a 30-year, conventional, fixed-rate mortgage dipped to 4.97% in March from 4.99% in February; the rate was 5.00% in March 2009. 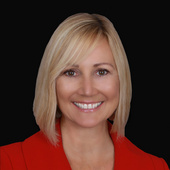