This will be a fun and semi-interactive performance and seminar on various modern Cuban rhythmic styles. Promises to be very informative and entertaining.

Thor Anderson has been a student of Afro Cuban percussion for over ten years. He has traveled to Cuba 15 times for workshops and private instruction on congas. He has an extensive repertoire in the folkloric and popular styles of Cuban percussion.

He has studied with Cuban masters including Jose Luis "Changuito" Quintana, Roberto Vizcaino, Jose Eladio Amat, and Emilio Vega. He has performed in workshop ensembles in Cuba under the direction of Cesar "Pupy" Pedroso, Enrique Alvarez, and Joaquin Betancourt.

Thor has been a member of the St. Louis based salsa band El Caribe Tropical since 1996. Prior to that, he was a member of the percussion group The Sambistas and has performed with other St. Louis groups including Clave Sol, Latin Touch and Los Gatos de la Salsa.

About the Folk School:

The mission of the Folk School of St. Louis is to build community by providing educational programs that promote the learning, teaching, renewal, and perpetuation of traditional music and folk arts.

Regular weekly classes taught by some of the region's most respected traditional folk musicians, jam sessions, and master workshops allow students to interact with and learn from established musicians from both the St. Louis area and the rest of the country. The group-oriented programs also allow students to interact with each other, building a community of musicians of all ages, backgrounds, and skill levels that can ‘speak' the same musical language and gather informally and formally to make music. These interactions strengthen and preserve the music while it grows and uniﬁes the local traditional music and arts community. 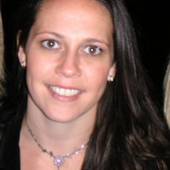