NEW YORK (CNNMoney.com) -- Pressure is mounting on loan servicers and investors to reduce troubled homeowners' loan balances... but the two largest owners of mortgages aren't getting the message.

Fannie Mae and Freddie Mac, which are controlled by the federal government, do not lower the principal on the loans they back, instead opting for interest rate reductions and term extensions when modifying loans.

But their stance is out of synch with the Obama administration, which is seeking to expand the use of principal writedowns. In late March, it announced servicers will be required to consider lowering balances in loan modifications.

And just who would tell Fannie (FNM, Fortune 500) and Freddie (FRE, Fortune 500) to start allowing principal reductions? The Obama administration.

What's holding them back is the companies' mandate to conserve their assets and limit their need for taxpayer-funded cash infusions, experts said. If Fannie and Freddie lower homeowners' loan balances, they are locking in losses because they have to write down the value of those mortgages. Essentially, that means using tax dollars to pay people's mortgages.

The housing crisis has already wreaked havoc on the pair's balance sheets. Between them, they have received $127 billion -- and recently requested another $19 billion -- from the Treasury Department since they were placed into conservatorship in September 2008, at the height of the financial crisis.

Housing experts, however, say it's time for Fannie and Freddie to start reducing principal. Treasury and the companies have already set aside $75 billion for foreclosure prevention, which can be spent on interest-rate reductions or principal write downs.

"Treasury has to bite the bullet and get Fannie and Freddie to participate," said Alan White, a law professor at Valparaiso University. "It's all Treasury money one way or the other."

Though servicers are loathe to lower loan balances, a growing chorus of experts and advocates say it's the best way to stem the foreclosure crisis. Homeowners are more likely to walk away if they owe far more than the home is worth, regardless of whether the monthly payment is affordable. Nearly one in four borrowers in the U.S. are currently underwater.

"Principal reduction in the long run will lower the risk of redefault," said Vishwanath Tirupattur, a Morgan Stanley managing director and co-author of the firm's monthly report on the U.S. housing market. "It's the right thing to do."

Meanwhile, a growing number of loans backed by Fannie and Freddie are falling into default. Their delinquency rates are rising even faster than those of subprime mortgages as the weak economy takes its toll on more credit-worthy homeowners. Fannie's default rate jumped to 5.47% at the end of March, up from 3.15% a year earlier, while Freddie's rose to 4.13%, up from 2.41%.

On top of that, the redefault rates on their modified loans are far worse than on those held by banks, according to federal regulators.

Some 59.5% of Fannie's loans and 57.3% of Freddie's loans were in default a year after modification, compared to 40% of bank-portfolio mortgages, according to a joint report from the Office of Thrift Supervision and Office of the Comptroller of the Currency. This is part because banks are reducing the principal on their own loans, experts said.

So, advocates argue, lowering loan balances now can actually save the companies -- and taxpayers -- money later.

"It can be a financial benefit to Fannie Mae and Freddie Mac and the taxpayer," said Edward Pinto, who was chief credit officer for Fannie in the late 1980s.

What might force the companies' hand is another Obama administration foreclosure prevention plan called the Hardest Hit Fund, which has charged 10 states to come up with innovative ways to help the unemployed and underwater.

Four states have proposed using their share of the $2.1 billion fund to pay off up to $50,000 of underwater homeowners' balances, but only if loan servicers and investors -- including Fannie and Freddie -- agree to match the writedowns. State officials are currently in negotiations with the pair.

"We remain optimistic that we can get a commitment from Fannie, Freddie and the banks to contribute to this strategy," said David Westcott, director of homeownership programs for the Florida Housing Finance Corp., which is spearheading the state's proposal. 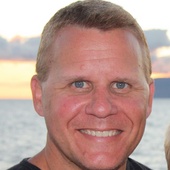