Dear Mrs. Fierro:        Thank you for contacting me regarding renewal of the National Flood Insurance Program (NFIP) and funding for the United States Department of Agriculture (USDA) Section 502 Single Family Home Loan Program.  I appreciate hearing from you on the urgent need to provide adequate support for homebuyers and homeowners.  Currently, Congress is considering legislation that would extend both of these important programs. Of the many kinds of national disasters that face the United States, flooding has historically caused the greatest economic loss.  Each year, flood waters devastate thousands of American properties, and the price tag for rebuilding homes and communities continues to rise.  Since most private sector homeowner insurance policies do not cover flood damage, the responsibility of protecting flood-prone properties has historically fallen on the government. In an effort to decrease the financial burden of disaster relief on the federal government, Congress created the National Flood Insurance Program (NFIP) in 1968.  In addition to providing protection and assistance for homeowners, renters, and business owners, the NFIP works to prevent future flood loss by steering development away from areas that are likely to flood.  The program issues flood insurance rate maps to identify special flood hazard areas.  All properties located in these specified regions are required to have flood insurance. On March 10, 2010, I voted in favor of the American Jobs and Closing Tax Loopholes Act (H.R.4213) that, among other things, includes language to extend the NFIP through December 31, 2010.  On May 28, the House passed an amended version of this legislation, which retained the NFIP extension, and sent it back to the Senate for further consideration.  This bill would deem the extension to have taken place on May 31, 2010, effectively addressing the lapse in coverage.  H.R.4213 is currently being debated on the floor of the Senate. Additionally, regarding the USDA Section 502 Single Family Home Loan Program, I am a cosponsor of legislation (S.3266) intended to provide an adequate source of funding for this successful home loan program.  USDA Section 502 programs make and insure mortgage loans that allow low-income individuals or households to purchase homes in rural areas.  Funds can be used to build, repair, renovate or relocate a home, or to purchase and prepare sites.  In fiscal year 2010, USDA Rural Development in Michigan has obligated more funds through the Section 502 program than any other state.  Currently, the USDA is issuing conditional loan guarantees based on Congressional intent to provide a funding solution.  The success and scope of this lending program, especially in light of the otherwise tight consumer lending market, underscores the need to keep it solvent.   Many in Congress agree that a viable, long-term solution is needed to build on the success of this program.  On April 28, 2010, the House of Representatives passed the Rural Housing Preservation and Stabilization Act (H.R.5017) by a vote of 352 to 62.  This bill would amend Section 502 authorization with the intent of creating a self-sustaining funding mechanism.  Specifically, it would increase the loan origination fee from 1% to 4.05% and would increase the USDA's aggregate lending authority to $30 billion.  This bill, along with its companion legislation in the Senate (S.3266), has been referred to the Senate Banking, Housing, and Urban Affairs Committee for further consideration.   On May 27, 2010, I supported Senate passage of the Supplemental Appropriations Act (H.R.4899), which contains similar language to amend Section 502 authorization.  Slightly different from the stand-alone bills, H.R.4899 would increase the loan origination fee from 1% to 3.5% and would establish an annual fee of up to 0.5% of the loan principal.  This bill also would obligate up to $697 million in new loan authority for the remainder of FY2010 and would grant authority to waive the aforementioned fees for low and very low-income borrowers this year.  The House and Senate will now engage in a conference to reconcile the differences between the respective versions of the Supplemental Appropriation Act passed by each chamber.        I am hopeful that the conference on H.R.4899 will be completed as expeditiously as possible and that the provision to provide the funding necessary to keep the USDA Section 502 program operating will be retained in the final version of this legislation.  I also am hopeful that the Senate will complete work on H.R.4213 soon to provide an extension of the NFIP.  Thank you again for contacting me.   Sincerely, Carl Levin 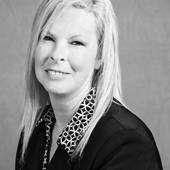 ActiveRain Community almost 11 years ago
bookmark_borderbookmark
"The Buyers have the power they know It and they a...
View more Recent Posts   arrow_forwards