When I was young, even before I knew what a real estate agent for the Birmingham-Hoover Metro Area was, we were taught about these things called seasons.  Now, they told us that there were four of these seasons in a year: winter, spring, summer, and fall.  As a child, I understood that winter was cold and had Christmas, Spring was rainy and had easter, Summer was hot and there was no school, and fall was cool and featured football, Halloween, and Thanksgiving.  There were three months in each season.

Even as a kid, I understood that winter in Alabama wasn't really cold.  Summer in Alabama was beyond hot.  Fall and Spring were more transitions and not really their own.  It can be 40 one day and 90 the next in Spring and Fall.  But, there were two things that were true: three months per season and NO SCHOOL IN SUMMER!

Now, school around here starts in August.  And even at the END of August!  Oh, no, we start the second week of August.  So now, Summer only has two months.  WHAT?!?!?! How can the school tell nature that it is wrong?  What is going on here.  Wait, I know.  School must end at the beginning of May.  There are still three months.  Just a different three months.

WRONG!  School STILL ends in June.  Now, Summer is officially two months.  If your child is involved in any sort of activity, the vacation window is even shorter.  From a real estate perspective, the selling season that used to be summer is now a lot shorter, too.  Instead of having 12 or so weeks, we have 9.  Again, add into that the limited vacation window for buyers and sellers, and it is even more hectic.

Please, if you have any control over this, for the love of all that is good and innocent in the world, give Summer back its third month!

Did you hear we will probably hit triple digit temps this week? ICK!

I know.  And August is supposed to be hotter than July.

I'm glad I went to school when I did and go to enjoy all three months of my summer.  In Detroit where I went from elementary to high school, the school year ended around the second week in June and started back in September.  I'm all for education, without question, but I'm so glad that for 3 months out of the year, I got to be a kid.

I miss those days 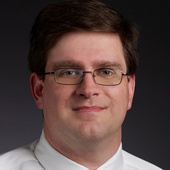