With the US tax code comprising so many thousands of pages and only getting larger, it's getting more and more difficult to keep up on what's happening. This article is intended to be a short overview of some of the latest actions and inactions by our lawmakers. It is also intended to be strictly a recitation of the facts; no political spin or opinion included.

and was signed into law by President Obama (9/27/10). While its name might indicate otherwise, the law impacts large businesses and individuals in addition to small businesses. It extends some provisions and creates some new ones.

Some of the extensions:

Next, we'll take a look at some of the impacts of Congress taking no action on particular aspects of tax law. Sometimes inaction creates consequences every bit as much as action does. This is one of those instances. There is still time for Congress to take action on some or all of these matters, but if nothing is done, the following things will revert to pre-Bush era law as of January 1, 2011:

The health care legislation that was passed earlier this year contained a number of things that pertain to taxes:

There you have it--a summary of some of what I believe to be the most significant actions and inactions of the past year in relation to tax policy. I do want to give thanks to David E. Watson, CPA and Senior Partner of LWBJ Capital Advisors in West Des Moines, IA, for his excellent presentation at the Iowa Commercial Real Estate Expo on September 28, 2010, from which much of this material was gathered. Dave was kind enough to forward his presentation to me after the event for reference. If you have questions about any of this material, please let me know. Some of this stuff is very difficult to weed through and I don't claim to have any particular skill at it, but I'll do my best.

Copyright © 2010 By Ken Tharp, All Rights Reserved. * Taxes - Where Do We Stand? * Contact Ken Tharp for information on Section 1031 tax-deferred exchanges anywhere in the United States.

Too complicated to make it short Ken.

This is good information and I am glad you took the time to put it out.

I wonder how many folks realize just how big an impact that additional 5% capital gains tax will have on our industry?

Thanks for the kind words, Hercel. I think the 5% bump in capital gain tax, if it happens, will have two primary effects - 1) Fewer people will sell investment property (kind of hard to imagine fewer than are selling today), and 2) Those who do sell investment property will be more likely use 1031 exchanges to defer their taxes. At the risk of showing my political leanings, I think increasing the capital gain rate will have the opposite of the desired effect of producing more tax revenue. 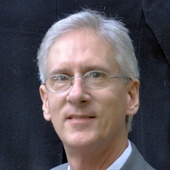