It's been a while since my last blognosis. So I thought I should get busy and do one today. Selling Real Estate! THAT"S what I do! Only by the Grace of God am I still here and able to get two closings completed in August! Thank you Lord!

I want to share a growing, more agressive, attitude that I have noticed with buyers in this buyers market. One of the last closings I had this year, so far, was a buyer who had this wild and crazy kind of idea that because he was buying a repossesed home and the seller, which is the lender, selling the home at a break even scenario, AND, here it comes, because I was lucky enough to represent both sides of the transaction, that I should step up to the plate and pay for repairs that the seller had already stated and I advised the buyer of their stance of 'house sold in as-is condition'.

The home was wired for two C/A units but the owner who lost the property only ever had one unit installed. Yes, I confirmed that the second C/A unit was never installed, never hooked up. But there I stood, hearing the wife tell the husband that they will not close until it's there! What would you do? Now as I say this, let me preface by saying this. This isnt a market like anything anyone has ever seen. No, listings arent flying off the hooks, and no buyers arent buying as quick or openly as in anytime in the past. I've been around for 15-16years and have never seen such the market shift that we are in today. And as far as anyone knows, the real estate market has never taken a plunge like the one we are currently walking through. No, not the one in the 80's or 90's. Those were minor speed bumps or hiccups. Now let me add to telling you this about the home in question, in escrow, I have had this home fall out of escrow twice! AND I have double ended each time! This last escrow I kept turning around and looking for Rod Serling to be standing close by with his cigarette in hand and saying something crazy like, 'this could only be happening to Mike, (long pause) in the Twilight Zone!" doo-doo-doo-doo, doo-doo-doo-doo.

You guessed it, I paid to have a new C/A unit installed! Escrows are hard to come by for most of us, and harder to close these days. So, like they say in New York, "I did what I had to do" Now forget about it. Sometimes in a strange market, I have to do strange things that I normally wouldnt do. We are sitting in on extraordinary times. We have buyers that know they are in total control, lenders that not only say and do something different than they told the buyers,(not so different in any market, good or bad) but on top of that, their underwriters 'change' the game plan in the middle of the game! The media! They have been talking this downturn since Bush took office, and are now in hog heaven about the market shift. You got too many people scared of Wall Street, not looking at the bigger picture, you know, the one we used to look at:'the long term'. People and their brokers on the board, in panic mode all the time. Have you ever watched the people working on the floor at the stock exchange? Their like chickens with their heads cut off, running around, but the scarry part is that their heads are still on!

Enough! Please dont think I'm complaining about what I had to do. I'm not. I merely wanted to share the story of our real estate market and the changes we are all facing. So hang in there and dont give up the good fight. My friend Barry Vazzana told me something many years ago. He said,"Lean on Jesus"! Thats what I have been doing and He is faithful. My family and I are going through alot of tough, tough issues right now and we are leaning on Him. For we know it is His strength that is getting us through this.

Courage for the Journey 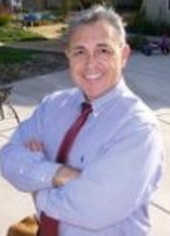