The last time borrowers could get rates this low, every television was black and white and Americans liked Ike.

A drop in interest on 15-year loans to 3.72 percent from 3.75 percent, meanwhile, was the lowest on records dating back to 1991. Freddie Mac also reported that the five-year adjustable-rate mortgage fell to 3.47 percent from 3.52 percent last week, and the one-year ARM dropped to 3.40 percent this week from 3.48 percent. 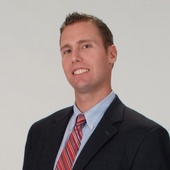