Homes for Sale in Lacey WA Searching for homes for sale in Lacey WA? Find out about neighborhoods that fit your lifestyle and market trends you should be aware of before you go out shopping.

Whether you are looking for new construction, luxurious view homes, or the latest foreclosure listings, there are some great homes for sale in Lacey WA just for you. But make sure you consult a knowledgeable Lacey WA buyer's agent to help you analyze the market, strategize about how much bargaining room there might be and how to negotiate the best price and terms, including asking for repairs or closing cost concessions paid for by the seller.

History of Homes in Lacey WA

Lacey WA was originally incorporated as a city in 1966, but its history stretches much further back. Land in the Lacey area was claimed in 1853 by settlers Isaac and Cathy Wood and became known as Woodland. Initially thought of as a suburb of Olympia, Lacey has since grown and developed its own unique community. Now, with population nearly 40,000, Lacey has grown up to be nearly equal in population to Olympia. For many years Lacey was centered around the commercial district surrounding South Sound Center. Early housing in Lacey was established in the neighborhoods south of Pacific Ave, between Ruddell Rd. and Sleater Kinney Rd. Over the past few decades, Lacey has expanded south and east, with neighborhoods springing up off of College St. and in the areas surrounding Long Lake and Hicks Lake. Since 2000, homes for sale in Lacey WA have been largely centered around the construction of Jubilee, a 55+ community in Hawks Prairie, and Horizon Pointe, a master planned community of over 1000 units located just south of Yelm Hwy. The Hawks Prairie area has continued to see massive growth, with additional non-age restrictive communities popping up all around Jubilee. The area is expected to continue its population surge with the development of the Lacey Gateway Project. Anchored by the recent addition of Cabela's, commercial and residential growth in the Hawks Prairie area is set to continue through 2020, raising the possibility that Lacey may soon become the largest city in Thurston County.

Check out a few of the most popular areas and neighborhoods in Lacey WA:

Horizon Pointe - Master plan community at the south end of Lacey made up of single family homes, townhomes, and condos. Sales started in 2005 and construction continues today. Neighborhood perks include a huge community park, tree lined streets with sidewalks, a new elementary school in the neighborhood, and an active homeowner association. Approximate price range $150,000-$250,000*.

Hawks Prairie - Beginning with Jubilee in the early 2000's, this area has become more than a 55+ community. Centered around 2 beautiful public golf courses, more neighborhoods continue to spring up all around the NE end of Lacey. Amenities include easy I-5 access for commuters, access to parks and trails on beautiful Puget Sound, and of course the golf courses. Approximate price range $250,000-$500,000*.

McAllister Park - Perched on top of a hill in East Lacey, this neighborhood features territorial views and some of the finest homes in Lacey. Most homes here were built in the early 2000's. Aside from the views and luxurious homes, residents of McAllister Park enjoy the proximity to I-5 access and Hawks Prairie shopping. Approximate price range $400,000-$600,000*.

Beachcrest - This quiet community is located at the NE end of town and features a beautiful, private community beachfront park. The neighborhood has a very laid back, beachy feel and homes are surprisingly affordable. You feel like you are miles from urban life, but I-5 access and Hawks Prairie shopping are just a few minutes away. Approximate price range $175,000-$300,000*.

Long Lake - One of Thurston County's premiere lakes, the Long Lake area features a wide variety of housing options. Many residents choose Long Lake because it is a "ski lake". The lake is open to the public with a boat launch and city park, so it remains busy during the warmer seasons of the year. Approximate price range for lakefront homes here is $300,000-$1,000,000*.

Chambers Lake - The Chambers Lake area of Lacey includes some of the original neighborhoods of Central Lacey, as well as some newer neighborhoods along College St. There are classic homes from the mid 1900's as well as brand new homes with modern amenities. The excellent central location puts you close to pretty much anything you need. Approximate price range $150,000-$300,000*.

Meadows - An affordable option for many Lacey residents, the Meadows neighborhood is a large community at the east end of Lacey. It has convenient access to I-5, Hawks Prairie shopping, schools and parks. Most homes were built in the 1980's and range in size from 1,000 to 1,600 square feet. The neighborhood also features its own elementary school. Approximate price range $100,000-$200,000*.

Market Trends of Homes for Sale in Lacey WA

(Required Disclaimer: Sales data based on sales reported to NWMLS, but calculations and statistics in this report were not compiled or guaranteed by NWMLS. Numbers may be slightly skewed because some sales may be incorrectly reported as both bank owned and short sale/approval required.)

*Approximate price ranges based on typical active listings and closed sales within the last 12 months. Some exceptions occur. These approximations serve as a guide not a guarranty.

Well you know Mike I love that 'Lacey' town  & if i can ask you a favor to send that pic to me in jpeg I'd love to share it with my family....Happy New Year,,,great post on Lacey...didn't that new mega-LOT winner win out there somewhere?  best

I'd be happy to send you the Lacey sign pics! And yes, the mega millions winner was from here...would be a nice client to work with ;-) 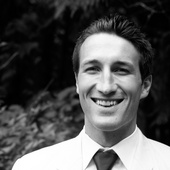