Small Talk from the Burg

Steeler's have been in 8 bowls, losing one which gamblers say was a thrown game.  The player who was accused of throwing the game did not show his face in Pittsburgh again.  Ben took the entire offensive line to dinner on him the other night at one of the clubs in Pittsburgh.  Rumors started about Ben being in a club.  Thomlinson supposedly said   "He does this for every game and they were in by curfew."  Hines Ward was being talked about because he was in a topless bar.  Hines said he has to live a life besides football.  Coach Cower was at the training camp for the Steelers and met with the team and the Roonies.  Who knows?

I am actually going to be in Dallas tomorrow. To bad it's not for the game. Just a short layover before headed off to Omaha Nebraska.

Have fun watching the game! I'm here in Dallas but I'm staying off the roads. I went out last night and the cops were in full force and there were lots of drivers on the roads.

I'm rooting for the Packers!!!

I hope you had a blast watching the game and rooting for the Steelers. I can't believe that they closed schools early so that the kids could watch the champions come home!!

I watched some of the game and it looked like it was exciting. I must say though, that half-time show, not so good.

Pat – I see this is your most recent post. Hope you’re really busy and that everything is well with you and yours.

Hi Pat, I hope you are doing well in real estate.  If you get the time come back and play in the rain! 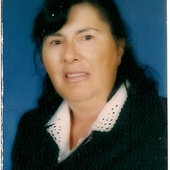