No growth factions through hidden means have through referendum required every county in our state to produce a land-use plan. However, these plans should really be called" how to stop people from using the land plan". There are often just a way to open the process so that more regulation generally costly regulation can be imposed on private property.

Being involved in politics and land-use planning in our area. It has become clear to me that the forces driving these plans are not the local citizens. At least not in my rural area. I am in the process of observing a neighboring county attempt to place subdivision like deed restrictions on an entire county. It's also interesting to note that this effort was not generally advertised for the people of the community to be aware of until it was discovered by a few outspoken citizens. It has been my experience, in my county, and this neighboring county. That the forces driving these land-use plans are not the citizens of these communities. In fact, I have seen one county, rely heavily on a consultant provided by a wealthy developer, with the outcome being a plan that stripped many rights from longtime residents and other smaller property owners and granted almost unlimited rights to those with the considerable resources necessary to develop master plan communities or subdivisions.

It has also been my experience that these land use plans have become an opening for no growth, Sierra Club types to interject new restraints and regulations on private property owners. These are not necessarily done for the protection of anyone or the environment. As these things are simply scare tactics used to achieve their goals. Which are to make development, so costly for the average individual that only developers with access to large amounts of up front money can develop property. Conversely, this drives the cost of developing continuously upward, causing the cost of housing to soar.

Another phenomenon that I often see is the use of land-use plans by the, I want to close the gate behind me crowd. By this I mean, people want to move in and develope a place that is utopia for them. And then slam the gate closed so that they cannot be imposed upon as they opposed upon those who were there before them. These are often times the same people who move in and begin using utilities and services provided by those who proceeded them, while insisting that they should not have to pay for utilities and services for anyone who comes after them. 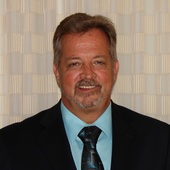