Yesterday I took my wife to dinner, in Kemah, and that brought back memories of when I was a teenager. I lived on the bay (Kipp St.) when the houses were still relatively inexpensive. I used to walk down to the docks and restaurants, either to get seafood, or work at one of the existing food establishments. This was back in the late 60's and early 70's when FM 2094, 518 and others were roads with cow pastures not the endless subdivisions that are there now

The parking lot was different back then, no cement, no parking stripes but instead crushed oyster shells. You never had to pay for parking and you could pull right up to the businesses that were there. I hated the oyster shells they hurt to walk on if you had thin soled shoes and when I drove there I always feared that a particulary sharp shell would puncture my tire. There was never a problem finding a parking spot, there never was a crowd, never a traffic jam.

There weren't the vast number of restaurants, shops and entertainment that exist today. Yes it had some restaurants, no I don't remember any shops (memory could be a little faulty), and entertainment consisted of watching these ships go in and out to the bay. The channel was lined on both sides with shrimp and fishing boats. Many times we use to buy our seafood directly from the fisherman, I miss being able to do that. The area always smelled of fish, instead of cotton candy. I hate and love what Kemah has become. I love that it is a huge economic stimulus for Kemah, but hate that it is always so overcrowded. I love that you can do so many things, but hate that the quaintness of a small fishing town is gone. I hate to pay for parking (even though most times you don't have to and I personally wouldn't do) but like that the shells aren't there to slice my tires. I hate that traffic sometimes is unbearable but I like that so many people can enjoy a good day or evening of fun.

So today's Kemah is nothing like yesterdays Kemah and for some this is good and for others not so good. I have to say even though I miss the Kemah of yesterday I really enjoy the Kemah of today. Three things that have stayed the same are watching the different boats traveling through the channel, being able to see agreat meal, and seeing some spectacular sunsets. 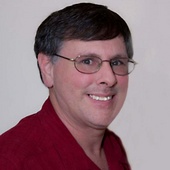 almost 11 years ago
bookmark_borderbookmark
Summer Fun in League City,Tx or What to do in the ...
View more Recent Posts   arrow_forwards

Welcome to Mark Wienshienk Realty, your personal source for Harris and Galveston County real estate. I work with both home buyers and those wanting to sell their homes. I specialize in the following areas, League City, Clear Lake, Kemah, South Shore, Friendswood, Seabrook, Webster and Dickinson.