I am an active equestrian and have lived in Palm Beach County for over 20 years, but I never knew this...

Presented by the Palms West Chamber of Commerce here in the Western Communities of Palm Beach County, I attended their November Luncheon which is always the Opening Act for the upcoming Horse Show Season.

Representatives for the sport of dressage, jumping and polo talked about improvements to their venues, additional events added to their calendars and enhanced community involvement, clearly showing that during these economically difficult times the equestrian industry is not only alive and well, but thriving.

An economic impact study performed by the Palm Beach County Sports Commission estimates that during the 2011 show season equestrian sports brought $185 million to Palm Beach County.  Say again... that's 185 million!!!  Contributors to this number are athelets, trainers, owners, grooms, exhibitors, vendors, veterinarians, blacksmiths and countless supporters of the sports who travel to Palm Beach County to be part of the annually reoccuring show season.  These visitors stay in our hotels and rental units, they eat at our restaurants, visit our malls and use all local services needed during their 3 to 4 month stay.

To put the number into perspective; the recent Baseball World Series in St Louis brought approximately 23 million dollars to St. Louis.  That's for the 4 home games it took to beat the Rangers. The true baseball fans amongst us know that most World Series don't even last all the way to game 7.  Of course, fewer games translate to lower dollar amounts.

The Game of all Games is undoubtedly the Super Bowl.  There are only 32 cities that could hypothetically host the Superbowl.  However, these 32 cities do anything and everything they can to persuade the NFL commission to be selected the football focal point of the year.  Theywish nothing more than to secure the economic shot in the arm for their metropolis.  On average, a Super bowl equals about 33 million in economic impact.

Here in Palm Beach County, we receive an economic gift that is equivalent to about 5 superbowls every season... I never thought about show season from that angle.

Anna that is an incredible amount of money generated by equestrian events in Palm Beach County. I am going to re-blog as here in NC we have a big horse industry as well.

Yes, David here in Wellington we take it for granted... it's been this way for many, many years now.  The equestrian industry not only makes Wellington a great place to live but it also offers superb opportunities to invest in the seasonal rental market.

That is some serious revenue!  Go Equestrians! 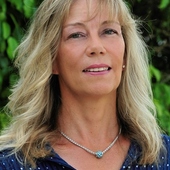