Everyone is talking about civility these days...or more correctly the lack of it. But oddly enough, I don’t think it’s just incivility that's taking place in our society - its blatant narcissism. Let’s not even factor in the lack of manners...I’m not talking about poor etiquette, although that too is very much lacking.

Now some people may consider this a harsh statement but I think most will agree, an uncivil person is in my opinion NOT the same as an individual lacking in everyday etiquette...these people seem to be declaring they know/are better and have the right to declare it and loudly, and almost always in a public forum despite strong social rules discouraging this type of behavior. Or, even in a one-on-one conversation...whether they text while in a conversation with you, or they make the bank teller and the other people in line wait while they finish their conversation on their cell phone. Or, they continue to raise their voice thinking that volume must have something to do with being correct.

Here’s the ironic thing to me...narcissism puts the self first before all others – so, they must have deep feelings towards themselves –shouldn’t they realize the rest of us have feelings too and perhaps comprehend that our feelings are being hurt by their actions?

Have you ever been in a theater and the guy’s phone behind your rings? Then the idiot answers it and begins to have a conversation – who is being ruder; you for telling him to put it away or him for thinking he is so important that he can treat the entire theater as his private office...Is he narcissistic?

What about people in the office? If your income or position is higher than mine, are you better than me? If I’m selling a product or perhaps a service (nudge nudge) and you are the prospective client...are you better than me – am I considered a peddler? Maybe technology is to blame in making people think they are more important than they really are thus the need for a cell phone and instant emails...perhaps some of it is ego driven and I’m sure some of it was a result of the ME generation.

It’s scary...almost a sense of self-entitlement or simply defying the rules because you can. Keep in mind that everyone has rights, but common courtesy needs to be upheld. Throughout our history, people fought hard for their rights: racial equality rights, women’s rights, aboriginal rights,gay and lesbian rights...there were many defiant for a cause, and those groups prevailed because it was good for the group and society as a whole...but today’s people just take everything for granted.

Maybe if everyone was self employed? Or, at least paid strictly on commission? Would it make the customer service aspect better? Would it make people more diligent in their roles and responsibilities? Would it change attitudes and mannerisms? And, would it teach people that while working, time is indeed money and not to waste it?

I’m absolutely sure it would help people prepare and maintain schedules, to plan ahead, and to have contingency plans. To communicate better and to follow up - perhaps even use a telephone again. It would bring back that sense of urgency. It would definitely prepare people for rejection and failure, and possibly assist in money management.

And for sure it would make people aware that their time is not more important than anyone else’s. Another point in the narcissist's world...

Perhaps it could also hone ones skills in listening and even memory...it would enhance peoples manners, courtesies, and professionalism, hopefully even put peoples egos in check. For some it would make them financially better off, yet for others it could possibly put a strain on their finances until they learned some manners and how to properly communicate and respect the ‘rules’ of society.

Have you ever gone into a store and received the worst service? Something in your head says “if he worked for me, I’d fire him”. Or when you’ve specifically made an appointment time, and you are left sitting there for more than 30 minutes...doesn’t that frustrate you?

By now you must be curious at were I’m heading...there is a point to my blathering,it’s both experience based and optimistic at the same time. I’ve written all this to hopefully put you in a mood of ‘wow, I never thought about that’ almost like an ‘aha moment for all you Oprah fans...of which I now am one.

What I’m specifically speaking to is the demeanor of people. I see it every day in my dealings with the general public. It’s a roller coaster ride; one that would be a lot less wild if people weren’t so ‘me first’ oriented. Any yes maybe the term narcissist is a bit heavy but it works to bring realization to my topic. Within my decade of service I have had to deal with some extremely ignorant/narcissistic individuals, I’ve had to manage other people’s emotions and in some cases rage. I’ve learned to become a marriage counselor and psychologist,in some instances I’ve been a caterer or a clean-up specialist. I’ve been asked to forecast the future and explain the past, and then verbally accosted when they don’t like the answer.

If people would only slow down and be a little nicer to themselves and their fellow man. This line about there isn’t enough time is BS; make the time to be polite and courteous. A ‘do unto others’ kind of thing; this world would be a much more pleasant environment to live and work in. And, at this time of year consider these things when you’re stuck in a busy mall parking lot waiting for that empty spot or waiting in the long line shopping for that perfect gift...be civil, be kind,be nice.

Maybe this Blog has helped open your eyes and maybe you’ll simply hit the delete button.For me it has let me vent a little because as a REALTOR® it seems like I run into an uncivil or narcissist almost every day.

Narcissism is rampant these days. It is all about me and less about others. Even those who purport to protest are often guilty!

Great points I think it is partly because we have lost authority and who has it. Children can have their parents questioned at anytime, school teachers and principals dare not correct a child and look at law enforcement, they are belittled and question everyday about wrong doings. I don't agree with or advocate wrong doings by anyone but a teacher paddling a child or law enforsement should be given leeway. 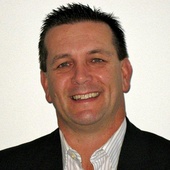