Officials recently concluded a four day financial meeting in Marco Island and Naples, extensively discussed were changes in estate tax. To give a short background, in 2001 Congress passed the Economic Growth and Tax Relief Reconciliation Act (EGTRRA) and American economists forecast big budget surpluses for the next 10 years. This became the basis for the reduction and eventual elimination of estate taxes, gift taxes and the GST. US Congress was expected to prevent the repeal of the estate tax in 2009 or at least extend the law into 2010. However, in a surprising move no resolution was made and investors were left scrambling with a way to design a stable financial plan for themselves and their clients. Estate tax wasn’t a prime revenue generator for the US government in the 19th century, but since then Congress has lessened, eliminated or changed various wealth transfer taxes. The estate tax was introduced on properties that are greater or equal to $10,000 in the early 19th century. Most employers were exempted from estate taxes by the 1950’s and Congress voted to decrease it in 2001. Most estate plans and strategies are now outdated, so Marco Island home owners are thinking of making changes in their wealth transfer plans. A formula clause, like dividing an estate upon the death of loved ones, is an example of obsolete estate plan strategy. Estate tax used to allow for adjustments in fair market value of capital assets before 2010. However, changes were implemented in 2010 and the modified carryover basis was introduced. The changes made means that the heir’s basis is the same as the deceased unless the asset’s value has already depreciated. Families who want to change their estate plans should have their advisers formally review pre and post nuptial agreements, trusts and wills. Have a meeting with your attorney to update your estate plans, changes in the family wealth and compile a list of assets and how these are owned (ex. Is it a joint account? Is it held in trust?) Along with the acquisition dates and cost.

While the information here came from reliable sources, taxpayers should seek the advice of their family lawyer or an independent tax adviser. 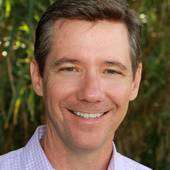