I started my interior design/staging business with a great hand up.  I passionately loved my thirteen years working as a legal advocate and lobbyist for abused women and kids, but social services in Canada had moved toward a contract approach to hiring and with low funding there were never guarantees for renewal even though the glass ceiling on wages was touching my head.

It was time to reach for the dream I had been studying for and doing on the side for years.  I took a huge leap of faith and with eligibility for unemployment benefits in place after the end of my last contract at a large legal clinic, I enrolled in a do or die self employment training program offered by the government.  It made all the difference.  I got a brilliant business coach who taught me among other things, how to write an aggressive business plan.   I jumped in with little or no safety net on a shoestring startup budget and I was pumped, but terrified that I was doing something crazy that might compromise those who depended upon me.

I attempted to market my staging services to many agents and I got a lot of interest but no sales.  Four agents approached me and said they needed stagers and asked for my marketing material.  We had meetings, I gave them brochures and we talked about how it works and what it costs.

I regretfully admit I was one of those stagers you all hate here on active rain who was desperate enough to give it away to try to get my first listing and get seen.  So much so that I actually did a two hour consultation for a local realtor followed up by a ten page detailed written report with every resource needed to do the work and I didn’t charge him a dime.   He never called me again.  Even in retrospect, I know the analysis and plan I offered him were excellent.  His owners were divorcing with animosity and if anyone had the skills to mediate and move forward, it was me.  I still don’t understand that.  I do know that he had an expectation that I could somehow present that very dirty, cluttered home in disrepair successfully for two hundred dollars.  Where do they that get that figure?

Of course my first formal staging assignment came without solicitation and by referral and I was well paid for my work.  It sold the day it was listed for eight thousand over list price and I made a great alliance with the agent.  Since then it’s been slowly but surely all uphill.

But to agents who are still struggling with whether they believe the investment in a stager is worth it, I would like you know that when you approach us with enthusiasm and then disappear, it is very disheartening.

Has anyone else had this experience?  I have tried to ruthlessly and honestly look at what there might have been about the impression I made that contributed to this experience, but unless I am way up the river of denial, I don’t think it was me.  I think maybe they approached me because at the time they were worried about a slow moving listing which may have then sold (it’s a very fast market in my part of the country) and then never gave me a second thought.  Ah well, it’s a new industry and maybe it’s all growing pains.

Debbie ~ First of all ,let me congratulate you on your decision. Dreams become reality when you act towards them !

Never work for free!! People take advantage of you, but only if you let them. Have some business policies and make sure you followe your own guidelines. Ive been there when I give a lower bid (cause Im desperado!) its not worth doing, then the agent will expect those prices every time they work w/you.

Blog, Blog, Blog and tag it to your local area. Advertise ,even if it is in the town paper or the church paper. Good luck on your new journey.........GO GETTEM !!!

OK Debbi- I'm subscribed to your blog.  Three things stand out for me:  Your recommendation from Dane, she's no easy take and if she says you're good, you're good.  Anyone that has a heart and moves in significant ways for abused women and children is a hero in my book.  This is a passion of mine and one I expect will be until the day I die.  And finally, the fact you reference "a brilliant business coach" - I love your commitment to your business.  I think too many (especially women!) folks wander around trying to make their business work without having a any sense of accountability or direction to get it up off the ground - I've hired coaches since I've been in my 20's.

Welcome Debbi! When I first started out, I used to agonize over each job I didn't get! What did I do or say wrong? Are my prices too high? Was it a personality thing? I was always sure they gave the job to someone else. Well, guess what? I discovered that the jobs I lose are because the people I meet with JUST DON"T GET IT! I could be "stager of the century" and I will not get hired. So, our industry must make every effort to convince the public that we are a service they CANNOT afford to ignore! In the meantime, thankfully, there are people who DO get it, and those are the people you will hear back from. And for every success you have, if only one or two people see the value in what you provide, word will spread! Good luck to you!!!!

Like
Lori Kim Polk
Premiere Home Staging : Home Staging Services - Roseville, CA
Home Stager - Roseville, Sacramento
Wow Debbi.  This is a great first blog.  I just wrote a blog today about failing to succeed. You sound like someone who doesn't give up and you can take a risk... good for you.  Along with your business knowledge.. you will do well.  I look forward to hearing more from you.  All the best ;)
Like
Debbi Callander
Magick Home Makeovers - Mississauga, ON
What an amazing community this is. Completely debunks the old fashioned idea of "the competition" and replaces is with a network of support and information.  I wish I had known about AR at startup - and I will surely pass it on to all new startups I can.  You all are wonderful.

Great first blog. Oh my, you are not alone. No matter how many years you do this business you just never know for sure why you don't get a job without asking.  Even when you call later and ask you might not always get a call back or a honest answer. I have to say that most of the time the Realtor will do me the courteously of calling me back and discussing it with me. The majority of the time its because they decided not to do staging at all (so I need to sell it better), they found someone who would do it for less or they just clicked better with another stager. Either way, its good to know for our business going forward, and its not personal! Its hard to get use to, but it is a fact of life. We just keep plugging alone as when it clicks its great.  Just keep going - you'll be busier than you want to me in no time - diligence is the key.

PS whenever you give it away its never worth it. It makes you feel cheap and the person you give it to loves the fact that they got it for free and don't value you like they should. Your relationship will never be on a level playing field.

You have a good 'blogging voice'!

I agree with Elaine that they 'just don't get it'. I also think they don't have realistic expectations of price and the biggest mistake I feel they make is saying 'my client can't afford it', without finding out the cost or even mentioning the service to the clients!

I'll see you Monday at the condo...I'm picking out the furniture so I'll be downtown. I can't wait to get the C2 color fan-deck from you!

This "interest & disappear" reaction from realtors is one that all us stagers have experienced!  Don't doubt your skills, just keep on marketing & you will be successful with the realtors that will give you repeat business!

Like
Terry Haugen STAGE it RIGHT! 321-956-2495
Stage it Right! - Melbourne, FL
Oh yeah Debbi, same here.  But I don't let it bother me because the real losers are the REA's and their clients, not me.  My observation is that people are enthusiastic about staging for about 30 seconds.  They need staging and know it but they don't want staging.  I once did cold call marketing of computer software to government agencies.  That was a piece of cake compared to selling my staging services.  And referrals are great, they get us business, but I've found its not consistent business.  A realtor will have me stage for one client, even though they may have many clients.  I'm not sure what it will take to make this business take hold, but all we can do is keep on marketing!
Like
Back to Top
Newer Post
chevron_right
Rainer
5,264 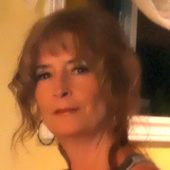 almost 15 years ago
bookmark_border
Getting in Front of our key target market – the Ho ...
View more Recent Posts   arrow_forwards