The bond and mortgage markets started a little better this morning; both markets technically overdone, bonds oversold, stocks overbought. That said, neither trend shows any evidence of reversing, just some retracements. There are no economic releases today, and not much for the week. Treasury will auction $66B of notes and bonds beginning tomorrow with $32B of 3 yr notes, Wed. $21B of 10s, Thurs. $13B of 30s.

Friday’s Dec employment report was OK but not much indication that employment will increase much in the months ahead. The tepid data has taken some of the fear out of the bond market that the Fed will end its QE easing’s anytime soon. Last week’s FOMC minutes shook traders and investors, there was a lot of discussion about when the Fed should start to withdraw. Until those minutes were released there had been little concern in markets that the Fed was increasingly debating its eventual withdrawal.

Last week’s sharp spike higher in interest rates took markets by surprise, sending the 10 yr note yield up 20 basis points and MBSs about 10 bps increase. This week we believe rate markets will recover a little; the 10 hit 1.97% at one point Friday before closing at 1.90%. 2.00% should hold the increase; there is still the debt ceiling, entitlements, and spending cuts that will keep markets edgy. The recent strong rally in the stock market is also a little overdone at this time. We think the key indexes will back off some but as with the bond market, we don’t expect a trend change.

Most of the momentum in stocks and bonds last week came from the FOMC minutes. The next FOMC meeting isn’t until Jan 30th, in the meantime Fed officials are likely to attempt softening the Dec minutes. On Saturday Fed Vice Chairman Janet Yellen said that communication of policy aims plays a “big role” in supporting the economy now that the central bank’s benchmark interest rate is close to zero. Philadelphia Fed President Charles Plosser said the same day that the central bank should take the steps necessary to ensure inflation stays near its goal of 2%.  Even after the huge increases last week we continue to believe that rates won’t increase much more in the short term. Consumers however should not be expecting interest rates will decline much, and should be encouraged to take advantage of price improvements now.

Today kicks off earnings season for Q4; so far today the equity market is weaker ahead of the rash of earnings. At 4:00, as always, Alcoa starts the three week period of earnings after the markets close tomorrow.

Hi Rhett, we use an app from Zillow - we know not Zillow! - but it tracks the 10 year Treasury notes.  The rate spiked because as poor as the settlement was from Washington, the market took it as less of an unknown and investors were not clamouring for the security of Treasuries as much. 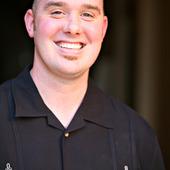