This home was the largest in it's immediate neighborhood since it had gone through a major remodeling adding the master bedroom and expanding the family room area. Now you know, when you are quite a bit larger than the other homes in the neighborhood, the BPO agent can't expect to find comparables in the same neighborhood. So, what are they suppose to do? Expand the search radius. Never mind that the next neighborhood are much higher quality homes with sidewalks and street lights. They have to use those comparables. So it sits on the market for 90 days without anyone even looking at it. The short sale lender refuses to get a new BPO nor would they consider mine. Of course, the BPO agent is from the south end of the county, since it is within that 20 mile radius that the BPO agent is suppose to go.

So, the short sale lender convinces all of us that they can use Auction.com and get it sold. You all know that they start the bidding well below market so if you get it for that, you'd be getting a deal. BUT - their BPO says it's a lot higher than what the neighborhood would bare! So it goes. I had to put up with this bidding process for 90 days. I convinced the seller to tell Auction.com that they wanted out! Once that was done, I finally was able to get the price to where it should have been. Within a week, I had a mutually signed around contract. Bless this agent! He kept the buyers in for another 90 days while the lien holder got another BPO! Finally, a BPO agent from within 5 miles of the property! My sellers are a gem! They hung on for all those months. Within a month of closing, the home foreclosure auction date was set. WE HAD AN APPROVAL IN OUR HANDS! I would contact the negotiator daily to inform them that they needed to notify the appropriate parties on their end to remove it from the hands of Auction.com. No luck. I contacted the buyer's agent and said, take the approval down to the auction and hand it to the auctioneer! Between the 2 of us, we got it off the auction table within 1 hour before it was up. You think that was all? No! With 2 days of closing, this happened again! This really proves to me that one department doesn't know what the other department is doing. It finally funded and the new buyer is enjoying their first home after putting their FHA 203K (renovation) loan to good use! BUT that was not the end of the story! An auction broker contacted me 2 weeks after closing that they home was up for auction and if I had a buyer that was interested in the home, they could pick it up for me at the auction. I shot a note to the buyer's agent and told them to put a sign in front of their home saying, this home is NOT UP FOR AUCTION!

So...the summary story of this short sale is: Home was purchased for $425,000 in 2006 and sold in 2013 for $240,000, deficiency settle at at less than 45 cents on the dollar . Another successful short sale processed and negotiated by me. I have no staff and I do not use a 3rd party negotiator. I have a transaction manager, and he had his hands full on this one also. Could not have done it without him and the buyer's agent. I will have completed my 100th short sale this year but who's counting! I'm not sure if I have passed it. There weren't that many when I negotiated my first one 1986 so I can't remember them as being difficult to do, but what a mess they are now to do!!!

Call me if you are in Washington State and you would like to discuss selling your home on a short sale. Cyndi, congrats, isn't it wonderful to close a short sale.

Good for you! It's always nice to hear about good people who succeed!

Wow! Cyndi Carver- you are a short sale specialist in Washington state! 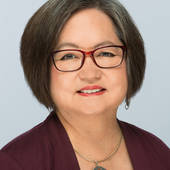