I often get asked by Buyers that are moving to the area, "why is Canton, Michigan a good community to live in"?

Anyone with children will want to know about the public schools. Great Schools rates Plymouth Canton School District a 9 out of 10 in their ratings. In addition to the top rated school system, there are three charter k-8 schools and a just announced Charter Canton Preparatory High School that will open in Fall 2014, and several private schools including Plymouth Christian Academy.

Canton, Michigan prides itself in it's township parks and recreation. Heritage Park is the crown jewel with walking paths and a pond. The township has many soccer pitches, baseball diamonds, two public golf courses, a Frisbee golf park, dog park, and a hiking/biking trail along the rouge river. Canton is also home to many shopping opportunities including: IKEA, two Walmarts, Kohl's, Meijer, two Target's, Old Navy, and many other shops and boutiques. Canton also has many restaurants including, Friday's, Chilis, and Ruby Tuesday, There are many ethnic restaurants including, Chinese, Middle Eastern, Indian, Thai, and Italian. Canton is close to many other cities like downtown Plymouth, Northville, Ann Arbor, and Novi. Canton has easy access to all of the local freeways, 275, 94, and M14/96. 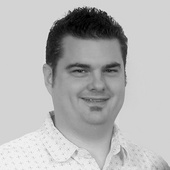