This year's version of the Interest Rate Roller-coaster has not been for the faint of heart.  This is not a recommended ride even if you are over 48 inches tall and are not pregnant!  The colossal moves in the bond market since March have offered plenty of risks and have made everyone sick to their stomach.

The chart below represents the movement of the mortgage backed securities market since the first part of March 2013.  Please note: The bond prices are reflected in the chart, not the interest rates.  Therefore, up is good, down is bad.

We started off with a pretty healthy climb, kind of like the clicking, jerky start to any roller coaster.  The peak was the first of May then we had a wicked, gut wrenching dive until the middle of June.  (One of my favorite roller coasters is the Desperado at Buffalo Bills Resort and Casino at State line outside of Las Vegas - it has an awesome first drop.  This initial drop in the bond market was just about like that, only not as fun...)  We had a little recovery just to fake us out and let us think it is letting up, then another 10 day free fall. While our heads were spinning we went through an up and down pattern that even the best roller coaster designer may not think about implementing at that stage of the ride.  You can see by that last red slide that we are still recovering from another 10 day free fall.  As we stagger of the ride, we have to ask ourselves, " Are we having fun yet?" All of this happened this year because the government artificially kept the rates lower than they should have been.  This was done through the bond buying program called Quantitative Easing, or QE.  There has been a few other sideshows affecting rates this year, but when the economy started showing signs of life and rumblings were heard that the Fed was going to stop buying bonds, the reaction on Wall Street was swift.  Major investors wanted out before the government got out.  There was new speculation weekly as to when the Central Bank was actually going stop buying the bonds.  It should be noted here that they actually haven't stopped buying them yet! They are spending $85,000,000,000 per month (our money) to keep rates down. The 30 year fixed rate as gone from about 3.25% to almost 5% since the first of May.  Rumors often cause more damage than the truth.

My feeling is that when the Central Bank actually does stop spending huge amounts (of our money) to keep rates down, rates probably won't go up much more because the rest of the market has already factored that in.

The increase in rates over the last few months certainly prevented more homeowners from refinancing.  It has also wiped out about $30,000 in buying power for the average home buyer which would have helped the housing market bounce back even more.  But let's put this in perspective: We still have interest rates lower than we have had for all but the most recent 3 years of last 42 years. The rates have come up in part because of better economic conditions that we all benefit from. Most current homeowners have seen some equity return.

It's been rough for those who have been involved in a real estate transaction while the rates have been going up, but we should have some more normal up and down movement now going forward.

Hopefully we will meet at Buffalo Bills for the next wild roller coaster ride!

Doug, I think the media does blow this interest rate issue up beyond what it needs to be. As you say, it all needs to be put in perspective. 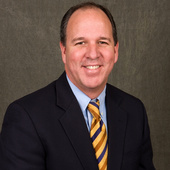