At this point, the direct and indirect costs of the are expected to take .5% off 4th quarter GDP growth, and that could rise to 1% if it continues. There were hopes that the GDP would keep trending upward, but at this point 2013 will be the weakest year of the "recovery."

The government seems to have put itself in a no-win situation: raise the ceiling and continue to increase taxpayer costs while lowering the value of the dollar. Or default on the debt and watch the economy implode.

The US Dollar is (remarkably) still the world's currency, and as such, US Treasuries are still considered "risk-free' investments as it's never assumed that the government would miss a payment. Now, with that threat looming (as it did earlier this year and probably will again in the near future), their prices become uncertain. Since Treasuries are the basis for pricing riskier assets all over the world, this make the price of everything else uncertain. If the government doesn't raise the ceiling, investors will lose confidence in Treasuries (and rightly so), causing their values to drop and and yields to spike. And when Treasury yields spike, mortgage rates almost always do as well.

With unstable data figures, uncertain Treasury prices, and dwindling consumer spending, there isn't a lot of momentum going into the debt-ceiling debate. Right now, mortgage rates are trending down, but if the debt ceiling isn't raised, it's almost a sure bet rates will rise.
Hopefully Boehner and the rest of the class in Congress can get back in session and avert an unprecedented financial crisis, larger in scope than anything we've yet to experience. Stay tuned... 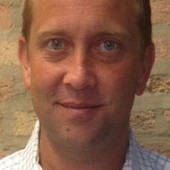