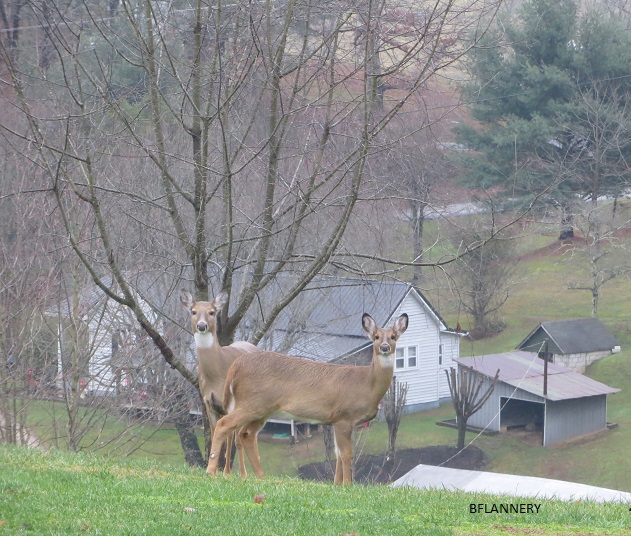 Kentucky is known as the "Bluegrass State", a nickname based on theBluegrass found in many of its pastures because of the fertile soil. It is a land with diverse environments and abundant resources.

Kentucky is also home to the highest per capita number of deer andturkey in the United States, the largest free-rangingelk herd east of the Mississippi River, and the nation's most productivecoalfield. Kentucky is also known forHorse Racing, bourbon distilleries automobile manufacturing,  tobacco,bluegrass music (Renfro Valley) Lakes and College Basketball!!

Kentucky's 90,000 miles (140,000 km) of streams provides one of the most expansive and complex stream systems in the nation. Kentucky has both the largest artificial lake east of the Mississippi in water volume (Lake Cumberland) and surface area (Kentucky Lake). It is the only U S state  to be bordered on three sides by rivers—theMississippi River to the west, theOhio River to the north, and theBig Sandy River andTug Fork to the east.[12] Its major internal rivers include theKentucky River,Tennessee River,Cumberland River,Green River andLicking River.

Though it has only three major natural lakes,the state is home to many artificial Lakes(Woods Creek). Kentucky also has more navigable miles of water than any other state in the union, other than Alaska.

So if you love Nature,Lakes,WildLife, Horse Races and Bourbon, Come to Kentucky!!

Barbara, great desciption of a great state.  I was lucky enough to spend a few days in KY on my recent cross country trip & enjoyed Daniel Boone forest, some time along the Kentucky River, and some time in Lexington & Louisville - it really is gorgeous state.

Like
Barbara Flannery
USA Realty,Inc. - London, KY
"Homes for Everyone In London Kentucky"
Thanks John, I am about an hour south of Lexington it's a great town!!! Barbara
Like
Lynda White
Bluegrass Homes & Farms Realty, Agent Know How - Louisville, KY
Admin. Mgr., Keller Williams Realty

I've lived in KY my whole life and have never been to any bourbon distillery, Churchill Downs, any of the museums, or several  of the state parks. I have some travelling to do this coming summer! I think KY is a great place to live.

Like
Barbara Flannery
USA Realty,Inc. - London, KY
"Homes for Everyone In London Kentucky"
Thanks Lynda for your comment I've been in Ky since 1977 and I haven't been to bourbon distillery but I have been to Churchill Dawns a lot of the state parks and museums Kentucky is a great place to livr and I love Louisville !!! Merry Christmas !!! Barbara
Like
Lynda White
Bluegrass Homes & Farms Realty, Agent Know How - Louisville, KY
Admin. Mgr., Keller Williams Realty

I have been to Corbin...I used to work for the owner/property manager of the Tri-County Mall (I think that's what it was called? He owned five of them.) One year I did all the shopping for Christmas for five mall giveaways...that was the funnest job I ever had! Buying bikes and HUGE bears and snow coasters and hordes of small toys/candy to put in them...then seeing the kids win one. :) Hmm maybe a great idea for next year. Merry Christmas to you, Barbara! :)

Like
Barbara Flannery
USA Realty,Inc. - London, KY
"Homes for Everyone In London Kentucky"

Sounds Like Fun!! Merry Christmas to You Lynda!!! Have a Blessed New Year!!

Kentucky is a beautiful state and we have travelled through it in every direction. Love it!