There has been much talk about the impact that the Dodd Frank rules will have on our industry after January 10, 2014.

There has been a lot of assumptions, misguided statements and flat out inaccurate information being disseminated

Some portions of the rules are simply not going to affect any of us; no 40 year terms, no stated income, no interest only;

those are about 6 years too late!

More important are the items which could affect new applications after January 2014, the biggest of which is ATR –

Ability To Repay. Within the ATR rule, the item that stood out most was the cap on DTI at 43%. Now had it not been for

the 7 year reprieve that was built into the rule, we may have been in trouble. The rule basically states that as long as

Fannie/Freddie, FHA/VA and USDA don’t come out with their own restrictions on DTI AND an AUS approval is obtained,

then the 43% DTI restriction won’t apply for the next 7 years.

If we have a manually underwrite file due to a DU Refer, the DTI cannot exceed 43% under any circumstance.

Here are some of the other items that are required to ensure we have documented the borrower’s ability to repay:

• Income should be verified through a third party. Movement already orders 4506T on all files

• All debts will be considered as part of the DTI ratio.

• Assets will be verified for a minimum of 2 months.

Here are a couple of other items that fall under the new rules that take effect in January:

• Copy of the Appraisal must be given to the borrower 3 business days prior to closing. This rule has been in place for

some time now and we still have the ability to waive the 3 day period.

• Maximum cap on fees charged to the borrower as follows:

So as you can see, for the majority of our loans, it’s going to be business as usual after January 10th 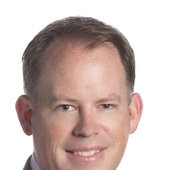