Have a great time this Friday December 6, 2013 with your family and friends at the 34th annual West Chester Old-Fashioned Christmas Parade. A small historic town hosts a big-time parade. QVC is the new presenting sponsor! QVC on-air personalities will serve as masters of ceremonies. The parade starts at 7:15 PM. You should arrive early to get your parade spot.

The parade starts this year at New and Market Streets, the parade will travel east on Market, north on Matlack Street, west on Gay Street and south on New Street.  Family Tip- best early view of Santa will be on West Market Street.

Thank you again to MARS Drinks of North America the title sponsor, QVC and the other sponsors for this year’s West Chester Christmas Parade. Have a great time at the parade & support the local businesses. 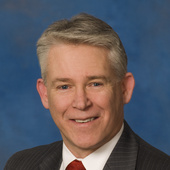