John, according to the report, many areas are seeing their median price increase, while sales are slowing, and foreclosures are decreasing over last years numbers. 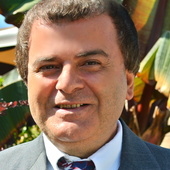