Realtors® may find another resourceful way to lure home sellers with the use of drone technology. Drones could be used to film flyover videos of homes, neighborhoods, recreation areas, etc. in order help market properties for home sellers. Videos provided by drones would allow buyers to make a more visual evaluation of their investment in a home, neighborhood or tract of land, especially if the buyer is currently located in another state or country.  The following YouTube video will give you a perspective of  what a real estate video could provide:

The FAA is still reviewing the use of drones for commercial uses and currently prohibits the use of this technology in order to make a profit. But what if Realtors® offer this as a free option for the home sellers? A recent article in Politico magazine, written by Jason Koebler on January 28, 2014 argues this point,

“Proponents argue that drones could revolutionize events photography, journalism, agriculture, filmmaking and other businesses. Amazon famously announced in December that it plans to deliver packages with drones beginning in 2015, assuming the FAA’s rules are in place. Gimmicky but eye-opening YouTube videos have popped up showing drones delivering tacos, burritos and beer. Environmental activists say drones can be used to monitor illegal hunting and endangered species populations; firefighters want to use them for search and rescue operations; engineers want to use them to monitor the structural integrity of bridges and oil pipelines; and the list goes on.”

Here is what Koebler writes regarding the court case involving the use of drone, for profit:

“In 2011, the FAA slapped 29-year old Raphael Pirker with a $10,000 fine after he flew his Styrofoam drone around the University of Virginia while filming an ad for the university’s medical school. With that, the most famous pilot in the underground drone world became a test case for the FAA’s authority to prohibit people from making money off their hobby.

Pirker has asked a judge with the National Transportation Safety Board to throw out the fine, and a decision is expected any day now. In the meantime, the case exposes what would seem to be a rather large loophole in the law: The FAA has been saying since 2007 that commercial drone use is not allowed, but the agency never went through the official rule-making channels to make it illegal. I asked an FAA spokesman at least five times whether flying a drone for profit is illegal and, after several attempts to follow up, was told that the agency was not prepared to answer that question.”

Stay tuned, more to come based on an upcoming court ruling. Look for the next drone fly bye that has DonJohnsonRealty.com stamped on the wingspan!

FAA seems to be desperately trying to put the genie back into the bottle. Drone sales are exploding all over the country and overseas. I can see state and local regulations happening, but I have doubts that FAA will be able to shut down drone use.

Great information and I believe this will be a subject to be discussed in upcoming MAY NAR meeting in Washington DC. 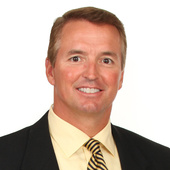