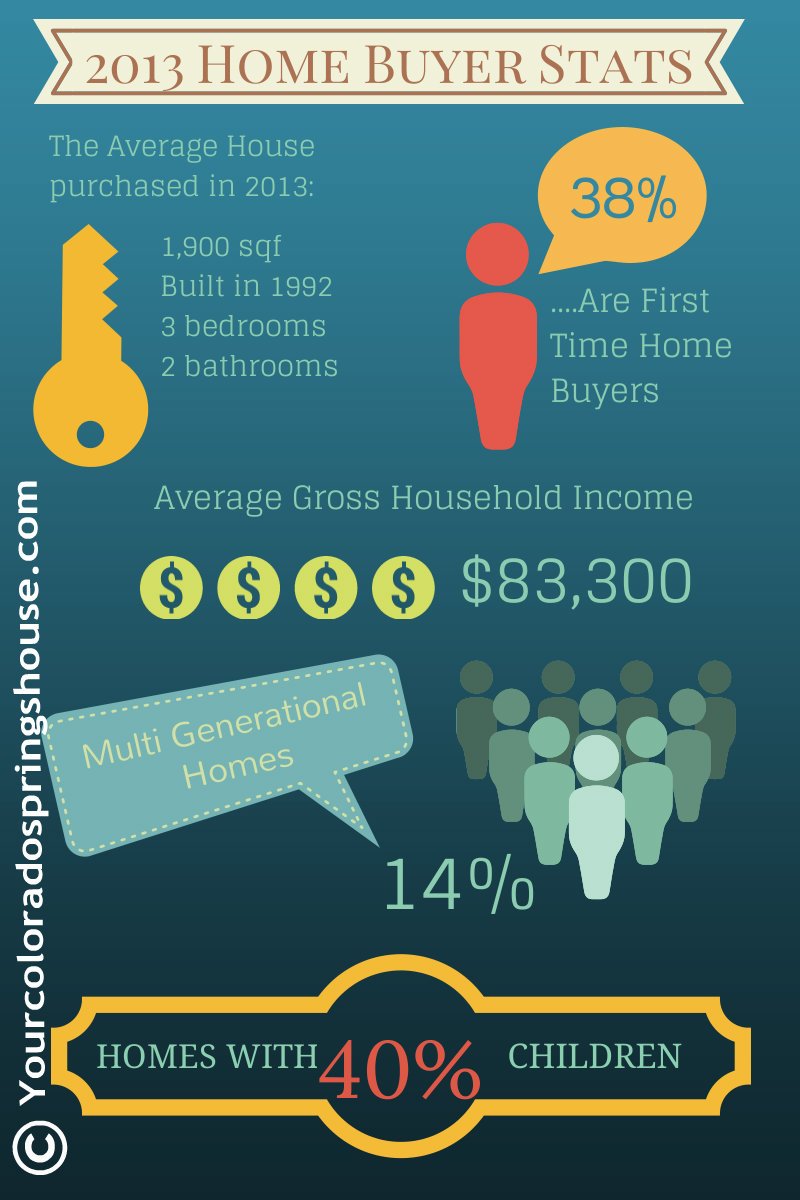 The National Association of Realtors® recently published the results of their 2012/2013 Home Buyer and Seller Survey – The results are interesting and indicate a strong sellers market along with a recovering economy. Our hopes are high for this recovery and the future of Real Estate. Investing in Real Estate is still a smart move and proves to have a high return in the long run, either by increased home values or as a passive income stream.

Characteristics of the Average Home That Sold in 2013:

If you have a home to sell, listing it now is the right choice: Interest rates are still down (anywhere between 3.5 and 4.5 depending on loan and credit score)

Please call/text me for a listing consultation: 719-321-0800 or agentsusanna@gmail.com

Neat to see the national averages, of course these very from place to place, but good to compare.