Part One:  History of Fannie Mae

From a historical standpoint of Fannie Mae as a Government-Sponsored Enterprise (GSE), we need to reflect back to the Great Depression and the U.S. government’s initial responses to the housing and mortgage crisis of the 1930s.  Although the Federal Reserve was created in 1913 as the lender of last resort for the federal government, it was limited in what it could do to restructure and restitute the entire American economy.  So, during President Herbert Hoover’s administration the Reconstruction Finance Corporation (RFC) was established in 1932.  This government corporation that operated until 1957 was set up to provide financial support to state and local governments and made loans to banks, railroads, mortgage associations, and other firms; a sort of prelude to the Marshall Plan that was implemented in Europe after World War II.  The aim of the RFC was to boost the country’s confidence and help financial institutions to perform adequately following the Great Depression.1

The following year Franklin Delano Roosevelt became President and his administration worked to fine-tune a mortgage finance system. The National Housing Act of 1934, a key piece of legislation in this regard, created the Federal Housing Administration (FHA).  A related feature of the FHA was a program that offered insurance against default on 30-year fully amortized fixed-rate mortgages with low down payments, providing they were made by qualified lenders and met the FHA’s under-writing standards.3

In addition to the FHA authorization in the National Housing Act of 1934, the Act included a provision called Title III, authorizing the creation of a system of privately owned, federally chartered national mortgage associations.  But three years later none were established so to demonstrate the validity of the concept, the FHA authorized the Reconstruction Finance Corporation to organize the National Mortgage Association of Washington in February 1938.  Three months later it was renamed the Federal National Mortgage Association and its initials FNMA resulted in the nickname, Fannie Mae (that resulted in a formal name change in 1997).  In essence the RFC created its own mortgage company, Fannie Mae, which was funded by the parent organization. Thus, the GSE regulatory and capital legislation laid the foundation for Fannie Mae. This entity was the only national mortgage association ever created, and it was government-owned, not private.4

Congress tied Fannie Mae’s required capital to the amount of interest rate and credit risk it took.  Provided it kept those risks low, the organization would be allowed to hold relatively low amounts of minimum capital, enabling it to price its mortgage purchases below that of private lenders. During the first decade of operation Fannie Mae did only a moderate amount of business due to the many years of the country being engaged in warfare.  In post-World War II, however, the agency received authorization to purchase loans insured by the Veterans Administration (VA).  With VA loans extremely popular with veterans, Fannie Mae acquired over 130,000 loans in 1950, doubling all the years of business prior to this date.5

Sometimes success breeds contempt and in this particular scenario, opposition grew to this government agency and legislation was afoot to make Fannie Mae a mixed ownership corporation.  The Federal National Mortgage Association Charter Act in 1954 granted to the U.S. Treasury nonvoting preferred stock in Fannie Mae, and nonvoting common stock was made available to lenders, who were required to own it in order to sell loans to the company.  The Charter Act included a provision for the gradual retirement of Treasury’s preferred stock and once repaid, legislation would be submitted to Congress to transform Fannie Mae into an organization fully owned by its private shareholders.6

Interestingly enough, by 1968 that time had come to privatize the organization that compiled $2.5 billion in borrowings that weighed against the $100 billion federal threshold that President Johnson didn’t want to exceed (it is now over $16 trillion).  The Housing and Urban Development (HUD) Act of 1968 split Fannie Mae into two entities.  The first was a stockholder-owned company and the second creating a new agency, Government National Mortgage Association (GNMA, or Ginnie Mae.  The former maintained its role and the latter took on the role of securitization of FHA and VA mortgages. Ginnie Mae was kept within the government and made part of HUD, and HUD became the new regulator of Fannie Mae.7

In the Home Finance Act of 1970, Congress created the Federal Home Loan Mortgage Corporation (FHCMC), or Freddie Mac. According to its Web-page, its purpose is to provide liquidity, stability and affordability to the U.S. housing market.8

Fannie Mae’s 1954 charter, as amended in 1968, gave it benefits that (1) created the perception of a special relationship with the U.S. government, and (2) those that lowered the cost or increased the marketability of the company’s securities.  From the time it became a shareholder-owned company, Fannie Mae faced criticism and pressures from: free-market advocates, actual and potential competitors, and the two principle bank regulators, the Federal Reserve and the Treasury.9

In 1999, four large lenders and two major mortgage insurers formed a Washington trade group called FM Watch, whose purpose was to lobby Congress to level the playing field by removing many of Fannie Mae’s charter benefits.  Fannie Mae fought to maintain the status quo, and the mortgage wars began. In the late 1990s, Fannie Mae was providing record amounts of low-cost, fixed-rate financing to home buyers at minimal risk to taxpayers.  FM Watch could not overcome this fact.  However, the Federal Reserve and the Treasury were powerful allies of FM Watch.  Subprime mortgages were the private-market alternatives to loans financed by the GSEs and what were called “private-label” mortgage-backed securities (MBS).10

In 2004, the issuance of private-label mortgage-backed securities exceeded the issuance of GSE mortgage-backed securities for the first time, causing the GSEs to lose the role of prime mortgage standard-setter they had held since their inception.  That same year, the Office of Federal Housing Enterprises Oversight (OFHEO), the GSEs primary regulator, used claims of accounting fraud (subsequently proved to have no basis in fact) to oust Fannie Mae’s top management and to force an overhaul of its risk management.11

In September 2008, the GSEs’ implicit government backing became explicit when in the throes of financial crisis and facing possible bankruptcy; both were placed in conservatorship by their regulator, the FHFA.  The cost to taxpayers of their bailout has been estimated at $317 billion.12

Private-label MBS issuers put no practical limit of the riskiness of the mortgages they financed, and financial regulators refused to.  In the absence of external credit discipline, lenders who were not retaining the risk of the loans they made engaged in a race for market share and profits.  Because the lowest-quality mortgages were the most profitable to finance through private-label securitization, the credit quality of prime home mortgages fell precipitously.  Fannie Mae, under new management, switched from resisting the lending frenzy to joining it, making the ultimate boom and busts that much worse.13

Home sales peaked in the summer of 2005, and home prices peaked a year later.  it took longer for the lending bubble to burst, but by the end of 2007, defaults on private-label securities has risen so high that the private-label mortgage-backed securities market shutdown entirely.  The GSEs were the only major sources of financing left.14

Treasury, the Fed, and the Bush administration needed GSE financing to keep the housing market from complete collapse, but they opposed the GSEs having an expanded role as shareholder-owned companies.  In September 2008 the GSEs were put into conservatorship in spite of the fact that both companies met their statutory capital requirements at the time.15

According to Fannie Mae’s Web-page, the company is: “a leading source of residential mortgage credit in the U.S. secondary market, Fannie Mae is supporting today’s economic recovery and helping to build a sustainable housing finance system.  We exist to provide reliable. Large-scale access to affordable mortgage credit in all communities across the country at all times so people can buy, refinance, or rent homes”.16

“We are working to establish and implement industry standards, develop better tools to price and manage credit risk, build new infrastructures to ensure a liquid and efficient market, and facilitate the collection and reporting of data for accurate financial reporting and improved risk management”.17

“We are committed to being our customers’ most valued business partner and delivering the products, services, and tools our customers need to serve the entire market confidently, efficiently, and profitably. Ultimately, we measure our progress not only by paying taxpayers and improving the housing finance system, but also by the difference we make in people’s lives”.18

In 2011, over 75% of all mortgages that were originated in the U.S. – over $1 trillion worth – passed through the hands of Fannie Mae or Freddie Mac.  These institutions have traditionally been private corporations operating with the implicit backing of the U.S. government.  Their mission, as defined in their charters, is to provide stability, liquidity, and affordability in the U.S. mortgage market.   The GSEs are meant to accomplish these goals by purchasing mortgage loans on the secondary market, which they then package into securities or hold in portfolio.19

The magnitude of the housing collapse mirrored the intensity of the bubble that preceded it.  Housing starts and new home sales fell by a staggering 75% between 2005 and 2011.  Home prices fell by more than 30% nationwide, and in some regions they fell by over 60%.  The total value of American homes dropped by $5.6 trillion before it finally hit bottom.  Millions lost their homes to foreclosure, and nearly one-quarter of home owners owed more on their homes than those homes were worth.  Sharp cutbacks in spending by families affected by the crisis triggered the worst recession since the Great Depression, with the real GDP falling by 5.1 percent in 18 months.  Between February 2008 and February 2010, nearly nine million people lost their jobs, and the unemployment rate more than doubled, hitting 10% at its peak. The recession officially ended in June 2009, but the vast amount of household wealth lost during the meltdown made the ensuing recovery the weakest in modern history.  The aftereffects of the mortgage wars pervade both the U.S. economy and the financial markets to this day.20

Next: Fannie Mae data collection and the UCDP 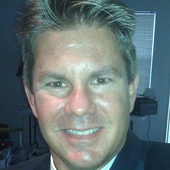