Cocoa Beach's "Glass Bank" was an architechtural delight and in it's prime was home to “Ramon’s Rainbow Room”, a restaurant and nightclub which regularly hosted national politicians, astronauts and Hollywood stars and was known for it’s great tasting food and atmosphere.

Considered by many to be a Cocoa Beach landmark, The First Federal Savings and Loan Building was constructed in 1961, giving the city’s skyline a modern look for the time.

Frank Wolfe, a high-profile retired attorney, was found dead in Feb. 2014 outside the building he fought in court to keep open even though it was crumbling around him. The city had approved demolition of the Glass Bank Building earlier after Wolfe exhausted his legal avenues and amassed over one million in fines. It was ruled that he shot himself.

Wolfe (82) lived in the penthouse and fought attempts to tear it down after the city declared it a nuisance citing hurricane damage, mildew and vandalism. He was an eccentric recluse who refused to move on and had developed some health issues. It's shame that it came down to this but at least now, the city can move on to find the highest and best use for this valuable property, hopefully without politics getting in the way. RIP Frank. Frank's Penthouse before disrepair. There were no windows and he had an Eskimo-like tunnel to get into the master bedroom. I wonder if he knew Howard Hughes :-) Contact me to learn how you can start enjoying the good life here in Brevard County on the Space Coast. Talk to the BEACH EXPERT! John Mayer Singer Song Writer

I truly liked the way the building appeared in its earliest of years.  But, can understand what can happen when safety factors come into play.  We had significant damage to several historic Napa buildings in the earthquake a few months ago.  I am hopeful they will be restored, rather than torn down.

Hi Myrl - Unfortunately, the building became a dangerous eyesore. I inspected it closely from the outside and believe there was no other option but to tear it down. I hope your buildings fare better. 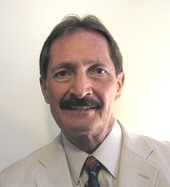 All the resources and information you need to make the right Real Estate decisions in Brevard County, Florida. Buying and Selling made EASY!