Home > Blogs > Ben Gerritsen > Mortgage Miracles Happen - Ben Gerritsen
bookmark_border
Fewer than 300,000 American workers filed applications for unemployment benefits for the sixth consecutive week, pointing to labor-market strength even as hiring cooled last month. While a Labor Department report in Washington Thursday showed jobless claims increased by 12,000 to 294,000 in the week ended April 11, readings this low are typically consistent with an improving job market. The median forecast of 50 economists surveyed by Bloomberg called for 280,000. The total number of people currently receiving benefits was the lowest since 2000. Firings have remained low even as other labor-market data have shown the economy battled harsher weather, weaker demand from abroad and West Coast port disruptions early this year.
Amuted pace of dismissals, and job openings at a 14-year high, will help buoy hiring after payroll gains cooled last month. If you have a job, youre probably not overly worried its going to go away, Joshua Shapiro, chief U.S. economist at Maria Fiorini Ramirez Inc. in New York, said before the report. Theyre sending a different message than some other labor-market indicators pointing toward softness. Another report showed housing starts climbed less than forecast in March, indicating builders were slow to take advantage of more favorable weather and underscoring that the housing recovery remains temperate. Work began on 926,000 homes at an annualized rate, up 2 percent from a 908,000 pace in February that was higher than
previously estimated, according to figures from the Commerce Department. The median forecast of economists surveyed by Bloomberg was for a 1.04 million rate. Building permits, a gauge of future construction, decreased.
Like favorite_border
favorite_border 0
repeat 0
bookmark_border 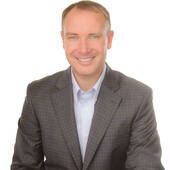 I am a financing guru. I have over 14 years of experience in the financing industry. I have a high closing ratio of loans that I help clients with. This comes from knowing if someone is a candidate right now or if they need to do things to prepare to be a borrow at a later time. If someone doesn't qualify right now, I help that person so they will at some future time so they everyone has hope to improve their circumstances.