As a prior Military Spouse myself, I have had the opportunity to gain perspective from many other spouses along the way.

Long gone are the days of the mindset of "If the Military would have wanted you to have a wife, they would have issued  you one."

In today's Armed Forces, leadership recognizes that the Spouse and Family provide strength and support to the Service Member.

President Reagan made the Proclamation in 1984 which recognized the commitment and sacrifices of the Military Spouse.

Do you know a Military Spouse?  I would encourage you to take a few moments of your time to show your appreciation to the men and women who are "behind the scenes" acting as a support system for our Heroes who serve in the Armed Forces to defend our Nation.

What a Wonderful thing to honor our military spouses. Focus on the families is very important. 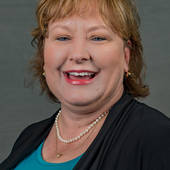