Now that we are deep into July, with summer in full swing, there might be vague thoughts running through your mind about some potential real estate moves—but certainly not until the fall. Right now all most of us are thinking about is whether another chilled glass of summer-something-or-other is in order. Austin mortgage rates and what the folks in Washington might be doing to affect them are not exactly what occupies an idyllic July afternoon.

But if you’ve been paying attention to any newscasts long enough to reach the dull-as-dishwater economic stories they throw in toward the end of the broadcasts, you may also have an inkling that conditions are about to change. And the evidence does suggest that mortgage rates in Austin face a likely increase come fall. If your vague suspicion does come to pass, and if you’re among those considering buying or selling a home in Austin this year, now should be the time to stop “thinking” and start “doing”.

Exhibit A for that proposition comes from one Michael C. Fratantoni, who happens to be the Chief Economist of the Mortgage Bankers Association (MBA). When he recently spoke at the National Association of REALTORS® office in Washington, he made no bones about it: mortgage rates will continue upwards, with a first significant Fed hike likely in September. September! The 30-year fixed mortgage, which we all know has lingered at historic lows—below 4%—for several years, is likely to hit 4.4% by the end of 2015 , then move beyond 5% next year.

It’s enough to stifle any thoughts about that frosty beverage.

The good news for Austin homeowners planning to list is that Fratantoni doesn’t believe any of these factors will keep the nations’ buyers away. After a pretty lackluster 2014 performance, the MBA forecasts a 14% year-over-year increase in purchase-money mortgage originations in 2015—and nearly 9% in 2016.   Nationwide, incomes are also expected to rise, and with new household formations on the rise, the national real estate market looks to remain in fairly good balance.

While it seems there’s no instantaneous need to drop all your summertime activities to rush your home onto the market, with mortgage rates in Austin expected to rise sooner rather than later, it’s certainly worth making it a priority to give me a call this week.  After that, there will definitely be ample time to finish enjoying that delightful chilled summer beverage. 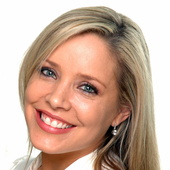