I THOUGHT I was doing a 10 minute video tour of a new listing. But when I was switching the camera from rear facing to front facing I actually turned it OFF! I left the house before checking the "Scope" as they are called.

When I got back to the office I went to check out the video and it was only 5 seconds long. I was a bit upset until I saw that I had gotten 57 new follower. And lots more since.

The crowd, 15 million strong already, on Periscope is obviously hungry for stuff to watch. I decided to see what kind of trainng I could find on how to leverage the platform and be one of those people who builds an early and LARGE following while it's still new.

One of the few things I found was this course by Kim Garst. She has hundreds of thousands of follower on the various social media sites and does a great job in the course teaching how to use this new platform!

I thought I would share it with you "Rainers". I hope you find it helpful!

Hi Frank, I guess the old saying less is best turned out OK for you..Tks for sharing with us in AR Land

Good morning Frank Rubi, MBA.  Thanks for re-blogging this -- I would not have seen it otherwise and it looks interesting.

Frank - that is a good repost.  They say that some of the greatest inventions are by accident.

Frank Rubi, MBA Thank you for the re-blog; I might well have missed it otherwise.

Great post!  Thanks for the reblog, I missed this one the first time around.  Periscope is interesting for sure.  I need to get the basics of the main sites down first though.  :)

This is a good selection for a re-blog and a good tip for all of us.

This is another social media choice that I don't know anything about. Thanks for the reblog.

I don't use Twitter - never have and don't really intend on starting now.

Oct 15, 2015 09:35 AM
LIKE
#8
You must sign in or register to leave a comment
Login Register
Show All Comments
Older Post Newer Post
Back to Top
Generate More Leads from this Listing
With a Trulia Pro Account
Learn More
Find what you need?
See More Blog PostsAbout Real Estate! SEE MORE NOW!
Ambassador
938,446 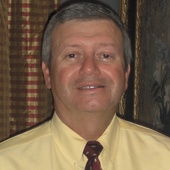