There were 3,231 condo units were completed from 2012 – April 2016 up to date.   Below,  is a list of condos that have been completed.   Currently, there are 761 resales from the buildings that just closed with Icon Bay leading with 97 resales, followed by Marina Palms North Tower with 98(41% of the building), and then the troubled Brickell House with  88 units for sale.  Brickell House has had problems with their automated parking garage system that still is not working correctly.

On Miami Beach you have Peloro which only has 10 out of the 114 units for sale which is a low healthy 9% followed by 1 Hotel and Homes with 28 of the 245 units for sale giving it 11% of the building.  This tells me Miami Beach is still one of the safest and healthiest places to invest.

In Miami Nine at Mary Brickell Village has done very well with only 39 out of the 390 units for sale equaling 10%.  This goes to my main point is if you are looking to buy, and cannot afford Miami Beach, you have to have a project in Miami that has uniqueness to it.  I am always available to discuss.

There are a total of 37 buildings under construction and a total of over 11,000 condo units are in construction to be completed in next 24 months Here is a list of all the new projects coming online:

With all these coming online most buyers will close as most developers have taken over 50% deposits and most buyers will close.  Call me if you would like more indepth analysis of where you should be investing or buying in this current cycle.  Below is a excerpt from an article from the New York Times which will help explain how these units will get absorbed into the market over time.

The building rush seeks to capitalize on a growing number of jobs in the city’s business and financial sector, which serves hundreds of banks, private equity firms and hedge funds. With its economy now on decidedly firm footing, the Miami area — with a balmy climate, exotic surroundings and international flair — is an appealing place for companies from elsewhere, especially Latin America.

Over the next five years, businesses in the city are expected to add almost 20,000 office jobs, the agency said, estimating that some 385,000 square feet of new office space are under development.

Much of that work force will shun living outside Miami, in large part because of the horrendous rush-hour traffic. The decidedly untrendy suburbs are often not even considered by new arrivals, who want to be close to the barrier island’s South Beach neighborhood, even if they cannot afford to live there.

“People want to be able to walk to work, to restaurants or to the park,” said Nitin Motwani, a developer of Miami Worldcenter, a $2 billion, 27-acre development that broke ground in March.

I still do like other projects off Miami Beach for specific reasons.  Some include Hyde Midtown, Paramount City Center and Auberge Residences and Spa Miami. This report does not get into Ft Lauderdale which I believe is one of the best places in South Florida  to invest and they have some really amazing projects going on.

SEARCH THE MLS LIKE AN AGENT FOR FREE:
www.kennyraymond.listingbook.com 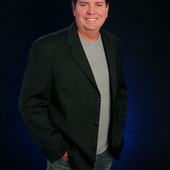