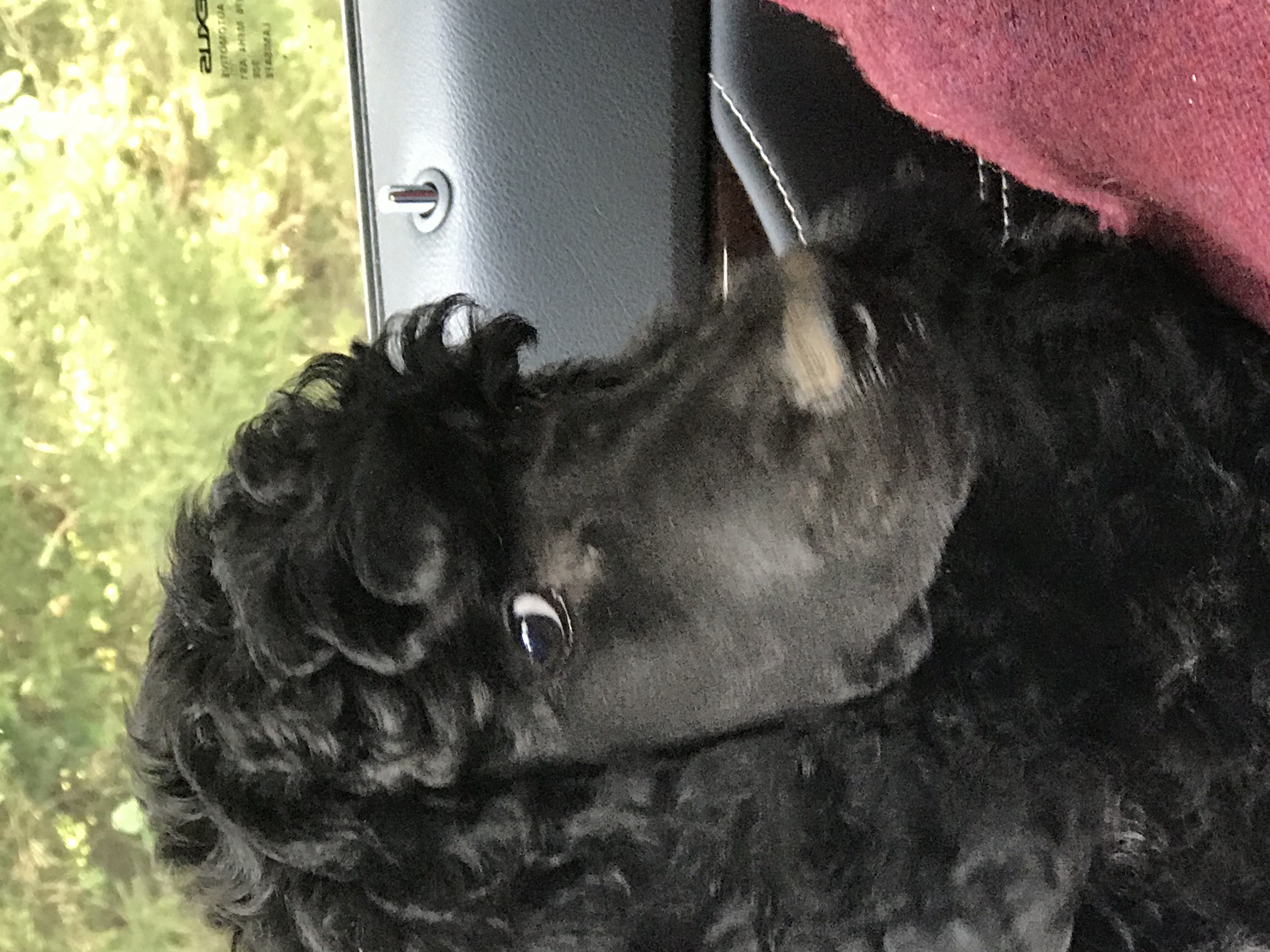 I have been in and out of AR - mostly out- for the last few months.  The market has been crazy busy and I have busy with clients - like everyone else here in the Rain!

In addition, it has been a challenging year for my dog life.  I lost Poirot, my beloved chocolate poodle, last Octobr.  He was 14 and it was to be expected.  I truly believe that one of God's mistakes (like avocados and ostriches) is that dogs don't live long enough.  How can a shark or a tortoise live to be so old and dogs do not.  Neither is as cuddly as a dog.  Just never seemed fair.

So last December we  adopted Arthur, a two and a half year old black standard poodle rescue, who had been given up because he had Addison's.  Since Poirot had Addison's too, I thought I would be able to manage Arthur's medical condition.  Of course, pride always goes before the fall....

It turned out that Arthur's condition was more severe than Poirot's and we unexpectedly and tragically lost Arthur in August.   My husband and I both grieved because Arthur had been such a loving dog and it seems unfair that he had such a short life with so much difficulty.  I hate reading those posts on Facebook about how someone's dog crossed the rainbow bridge.  I personally find very little consulation in that idea but I do confess that the night that Arthur died brought the most exquisite sunset - and I find consulation in the idea that the heavens were beautiful just for him.

Like many people here, I am a dog person.  I love having a dog to walk and play with and snuggle with.  It was hard - very hard - to find a dog this year.  I decided I didn't want to go back to the rescue groups again - not to mention that all the dogs had been rescued this summer/fall.  I couldn't even find a puppy since I was looking for a dog in September and most litters seem to be born earlier in the spring or in the winter.  Breeders didn't have any dogs available.

I finally found a breeder in Pennsylvania with a litter.  The kennel is Stone Run Kennel in Lehigh Valley and they breed beautiful poodles.  The mother of the litter was a dog owned by the breeder while the father was a dog from California.  I liked the geographical diversity, which would increase the likelihood of healthier pups.  Having dealt with two Addisonian dogs, I wanted to do as much as I could to assure a healthy dog.

When the litter was 8 weeks old, we drove up to Pennsylvania to pick up our new family member.  He was so little then!  My husband held him in his lap for the whole ride back.

And here we are - at the start of a great adventure together  - I am calling him Captain Arthur Hastings - after Poirot's great friend in the Agatha Christie mysteries - and Captain for short.

Since he has been with us for a month, he has turned out to be a charmer - he nips but less now... my hands are beginning to heal! LOL - and a snuggler.   He is a challenge as all puppies are!  We are working on training and doing well.

I can definitely understand why Captain is your new love.   I am sure he is very happy to be at home with you.  A

OH my goodness, Captain is precious and I know, fills your hearts with love and joy every single day.

I am so sorry you had such tragedy last October and again in August, Lise. And, I completely agree with you about dogs lives being so short - it's just not fair. I hope Captain remains healthy and you have many, many years together!

That is odd! I wondered how it was missed - it's a fantastic post and about so many members' favorite topic - FUR BABIES!! LOL

About him being a little devil too - my son was here for lunch today (yes, we socially distanced) and was telling us about his new fur baby. We all decided it sounded like we needed just a fraction of his new dog's energy! Puppies are so fun, for sure!