We tend to focus more on math and sciences when it comes to education. Sometimes, we forget how important art is to a child's development. It also enhances everybody's life overall. Art exists to trigger a response. So, when art sparks a fond childhood memory, you know your day is only going to get better. Glo Downtown wants to be that spark when they illuminate downtown Westfield throughout March.

The brainchild of two Harvard alumni, Impulse seesaws invites public interaction that harkens back to the childhood days on the playground. A series of 15 huge seesaws inhabit the North Ave Train Station. Each seesaw accommodates up to 4 people (two on each end). Once aboard, the up and down motion lights up the seesaw and creates sound.

Over the past several years, this public art installation has traveled the world over. It started in Montreal and then moved across the pond to England before moving on to Australia. Eventually, it made its way back to the US with stops in major cities like New York City, Boston, Detroit, and Scottsdale.

Maintain your social distance while still enjoying the outdoors at Glo Downtown Westfield. Be a part of the opening ceremony on Thursday, March 4th at 5:30 pm. But, if you cannot make it for that, come back anytime between 9 am and 9 pm from the 5th to the 21st. Other activities centered around the seesaws throughout the month include a chocolate tour each weekend and a pizza challenge on the 13th and 14th. Sign up for professional photos taken at this public art installation. Several downtown shops and restaurants offer special deals throughout Glo's duration as well. Downtown Westfield just got even more interesting.

Great information.  Thanks for sharing and have a wonderful weekend! 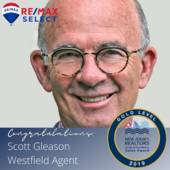