So today we are going to talk about the pros and cons of North Carolina and South Carolina living. From the Mountains to the sea, it’s the place to be! Both NC and SC feature the mountains to the west and the Atlantic Ocean to the east. So you are never more than a few hours' drive to either one, no matter where you live. And both States are two of the fastest-growing states in the nation! But that is pretty much where the similarities end. There are things you want to know before moving to South Carolina or North Carolina. Get an overview of the Tar Heel State and the Palmetto State. Both have beautiful mountains and awesome beaches, friendly people, and modern cities.

If you are thinking about living in the south, look at the cost of living in Coastal Carolina. Living in Myrtle Beach SC is one of the most affordable places to live in the United States. If you want to retire, find out how you can travel and live here on a cheap budget! You get the straight truth about these two states. Only one is the best choice for you! This is the best video on the topic!

Hello Jerry - A good comparative "study".  Even though Northern and Southern California are the same state, the differences between the two can be quite dramatic.  Then you can look at other parts of The Golden State and see even more nuances.

Nice post, Jerry. Of course, I selected Charlotte because it put me close to South Carolina beaches and close to the North Carolina mountains... but I didn't have to worry about hurricanes, mud slides, etc. And the airport in Charlotte was a big drawing point as were all the cultural venues. Coming from NYC this was important to me.

There are differences in various states, certainly as Michael Jacobs pointed out.  One of our clients bought a summer home in the mountains of North Carolina.  They love it there and live in Florida in the fall and winter. A

Good information as always.  I won't be moving far, if at all from where I am now.  Pity 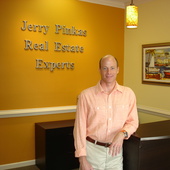