Larry Kudlow is joining fellow CNBC personality Jim Carmer in discussing housing very favorably this week. Cramer stated that it was now time to buy a house  and Kudlow is taking mainstream media to task for remaining pessimistic while there is strong data to support the slowdown's end is near if not already over.

These numbers are all based on national figures and our Middle Tennessee market is different. My opinion is that we didn't see the out of control price increases other markets faces and therefore we are less likely to see the big price swings other are experiencing. Also, our economy is very well balances while other areas are not - Michigan has the struggling auto industry and Florida has tourism. Don't discount our business development agencies' efforts to grow this area - they will be a major contributor to our speedy recovery.

This would be great news for us all

I also saw Jim Kramer on Regis & Kelly, he said he was going to buy a house in Plam Springs, CA and also commented on the Florida market.  He said the West coast had already hit bottom, but the East coast you could still get some great deals.  I am in the Tampa Bay area and have seen a major increase in sales, I think the worst is over for us here.

We are only in the 4th inning here in So Cal. Short sales at the top end of the market are starting to pop up everywhere. It's all about to come tumbling down. 2009 is going to be another tough year. 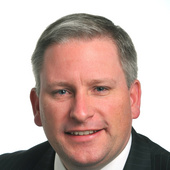