For more than 50 years, The Eldorado Polo Club in Indio, CA has been joining together the appeal of the 1,000 year old game of polo with the glamour of Los Angeles and Palm Springs, and mixing in a lot of cowboy for good fun. The result is a unique mixture of old and new, tradition and innovation, champagne and long-neck Coronas, that has come to be known as polo, desert style. Polo was first played in California in 1877, not long after the sport was brought to the U.S. from England by Mr. James Gordon Bennett.

By the turn of the century, polo was being played in the San Diego area, on Coronado Island. Los Angeles quickly became an electrifying center for the sport, boasting several top ranked polo clubs and a long list of celebrity players such as movie star, Will Rogers. When Palm Springs was discovered in the 1930's, La Quinta became a hideaway for the Hollywood set and Polo soon followed. The dry winter weather and the beautiful flat terrain were irresistible and before long, polo was being played on the Desert Air airstrip outside of Palm Springs.

Eldorado Polo Club in Indio, CA is where it all happens these days, Eldorado's location is among the most stunning in the world. nestled against the Santa Rosa mountains at the east end of the Coachella Valley, the club is a tropical paradise and quite a sight to see. Gorgeous homes are nearby at the La Quinta Polo Estates 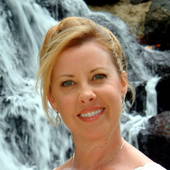