There had to be at least twenty sales in the last year for an area to be included. The numbers are more reliable in areas where there were more sales. In some neighborhoods you'll see dramatic price declines, largely due to the influence of a lot of bank foreclosures. This mainly occurs in less expensive neighborhoods, where the average home price is under $200K. In more expensive areas, a change in the mix of the types of homes sold can dramatically change the price increase or decrease. Also be aware that there are often multiple builders and/or subdivisions in a given "neighborhood". These stats are a lot more interesting than reporting on the average of the entire metro, but you still have to take some care in how they are interpreted! 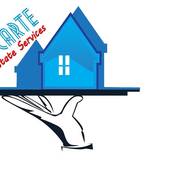