The Pub was one of the locations for the Walt Disney Studio's 1998 documentary titled "The Irish in America: Long Journey Home," which features interviews with Butte's Irish. The pub and Butte's Irish heritage, which it represents, have been featured in several publications, including Irish America, The World of Hibernia, and Montana Magazine.

Backbar Background and Other Features

This corner landmark is part of Butte's National Historic Landmark District. Architect Herman Kemma, who began his Butte practice in 1898, designed this attractive landmark at the end of his productive career.

The two-story building of brick and concrete, constructed in 1922 for $45,000, features large arched ground-floor windows and a series of brick pilasters in the upper floor. One of Butte's long-time newspapers The Butte Daily Post moved its printing operation into this building in 1923, without missing a single issue, and continued publication in the building until 1950.

The Pub's tin ceiling and hard wood floors are original. The front and back bar were formerly located at the now-closed Montana Bar on Butte's East Park Street. The Victorian-design front bar is dated 1895, and the back bar is dated 1909, and features tiger mahogany, mother of pearl with ebony and ivory inlays.

What a wonderful building! Congratulations.

This puts things in perspective --- -what you can get for $399k where you live, and what that will buy in my neck of the woods. In good times, this figure be a "small" sale for us. Today, most of my clients are in the "small" category, but I'm grateful for every one of them.

This was a fantastic value in Butte, and if the building had been in Bozeman... 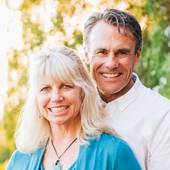