Below is a statement issued by your National Association of REALTORS® on the Department of Treasury takeover of mortgage giants Fannie Mae and Freddie Mac.  This is a very informative article and I hope that you take the time to read it.

NAR Statement: What the Government Takeover of Fannie Mae and Freddie Mac Means to Housing Industry

In short-term, home sales should improve as mortgage rates fall.

Washington, D.C. (September 8, 2008) — The federal government's takeover of secondary mortgage giants Fannie Mae and Freddie Mac should cause a drop in mortgage rates in the short term that benefits home buyers, but the long-term outlook is too early to call. NAR fully supports the action of the U.S. Treasury and the Federal Housing Finance Agency.

The federal government had no choice. The capital situation of the tow companies was not enough to handle the fallout from rising mortgage defaults in the near future. In addition, investors who purchase Fannie Mae and Freddie Mac debt have lost confidence in the two.

Summary of what the Treasury actually did and what it means:

In the takeover, Treasury placed the GSEs into a conservatorship — similar to a Chapter 11 bankruptcy — which fully protects taxpayers from conflicts of interest between taxpayers and shareholders or current management.

The federal government is authorized to take up to an 80 percent stake in the companies, will review their financial condition quarterly, and inject money into the operations as needed. That means the market for GSE securities will be treated more like Treasury obligations, which should push mortgage interest rates down. That in turn, is expected to speed up home sales and help stabilize home prices.

The GSEs will be allowed to increase their mortgage funding over the next year and a half to help stabilize markets. Starting in 2010, the plan calls for them to reduce their portfolios.

NAR, as the leading advocate for homeownership and housing issues, has closely monitored the market turmoil affecting the stock and debts of the two government-sponsored enterprises (GSEs) - Fannie Mae and Freddie Mac. Their mission is crucial to the economy to make fair and affordable mortgages available to home owners and home buyers. That mission must not be interrupted.

Fannie Mae and Freddie Mac play a vital role in the U.S. economy by making fair and affordable mortgage loans available for home buyers and owners. That must not be interrupted. Treasury Secretary Henry M. Paulson Jr. and James B. Lockhart III, director of the Federal Housing Finance Agency that regulates Fannie Mae and Freddie Mac, have issued strong statements assuring the public that credit will continue to flow over the next 12 to 18 months.

Short term, the takeover will result in government money driving down interest rates, which is expected to spur an increase in home sales.

Long term, the action will lead to a major reorganization of the two GSEs as privately owned models. The brunt of that work will fall to the new administration and new Congress. NAR will help shape that process and the association is already working on a plan to do that.

The action taken by Treasury and FHFA, which regulates GSEs, makes clear the government will not let the deteriorating conditions of the GSEs disrupt the flow of capital to the housing sector, or harm the national and international financial system. The GSEs guarantee more than 40 percent of the nation's mortgages and own or guarantee more than $5 trillion in mortgages. Since the credit crunch began in August 2007, the private sector mortgage securitizatation market has virtually disappeared and the market share of the GSEs has jumped to about 70 percent.

NAR will continue to follow events closely and develop recommendations on the future of the GSEs' mission to ensure there will be a robust secondary mortgage market in all markets. 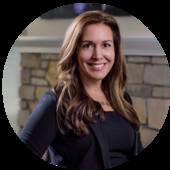