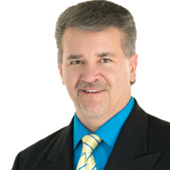 Michigan Realtor with an investor viewpoint

Get to know Dave Sullivan

Dave Sullivan graduated from Western Michigan University in 1989 with a bachelor’s degree in Finance. He started in the mortgage industry as a loan officer in 1991 and a year later started selling credit reports to Mortgage Companies, Banks and Credit Unions. On September 19, 1997 he started AIR Credit Midwest out of his car. Over the next two years Air Credit Midwest grew to a multimillion dollar company. In 2000 he was approached by one of the largest Credit Reporting Bureau’s in the nation to purchase AIR Credit Midwest. He sold it and worked for that company as Sales Manager of the Michigan and Ohio market for the next ten years. During his career in the credit industry he has personally reviewed thousands of credit reports and credit scores.

Credit education, How to fix your credit for life, without the credit repair industry.

Do it yourself, Credit Education is the first step out of the rat race. http://members.thecreditguy.tv/login/... Get the Credit Education you should have received in school, Since 1991, I have been helping lending professionals improve the credit of their borrowers on a daily basis. I know that I can help any borrower no matter how bad your credit, if I could just sit down with them, for a few minuets and go over there specific credit situation I could give them the individual advise they need. I have helped borrowers get the loan they want or a better loan than they were going to settle for, thousands of times. I just never figured out a way to do it, on a larger scale. So, I had an idea to become a NMLS certified instructor, then I could help all the loan officers become credit experts. As I was setting up the course, I had the idea that I could create more courses that deal with specific advice on how to improve someone's credit, given a specific credit situation. These classes could by taken by the loan officers or they could be taken by the borrowers themselves in preparation for getting a loan. This is the introduction video to the classes. Please Pass this along to anyone who has questions about their credit. It is the quickest way to learn about about how to improve YOUR credit report.