The Metropolitan Water District of Southern California took an action unseen since the early 1990s. On April 14, Metropolitan's board voted to cut water deliveries, while phasing in price increases, to local water agencies.

While the State has certainly suffered from the effects of its first multi-year drought since 1987-1992, we are also paying for costly environmental regulations. Local agencies have made considerable strides to enhance local supplies and improve efficiency. However, legal and bureaucratic red tape is shrinking water deliveries even as demand grows.

In 2007, a federal judge issued a ruling that reduced pumped water from the San Joaquin Delta by 30 percent to protect the endangered Delta smelt - a tiny fish considered by some to represent the health of the Delta area ecosystem. This ruling rocked Metropolitan, which obtains 60 percent of its water supply from the Delta through the State Water Project infrastructure, that conveys water from Northern California to serve the population here.

In June 2009, federal regulators will place further restrictions on water operations in the Delta. This will be the third such decision in a year that reduces water supplies significantly.

In response, the State on Tuesday launched a new campaign dubbed "Save Our Water," which like "Flex Your Power," will educate Californians on how to conserve this precious resource. You can see the program's initial efforts on its new website here.

Senator John Benoit is working hard to keep the California economy growing and fight unfair laws that restrict water rights for a thirsty and someday growing Souther California.  For more informatin, visit his site at: http://cssrc.us/web/37/default.aspx?AspxAutoDetectCookieSupport=1 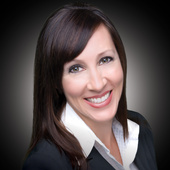