As much as I would love to write an article on ALL of the bars in Renton, WA, I'm going to save myself (and you) the agony of having to dissect (or, in your case, read) all the information on every single bar in the area and just tell you about one great spot, which happens to be called, The Spot Sports Bar and Grill.  This bar pretty much beats the rest anyhow, so you'll hardly need any additional info on any other bars in the area once you've checked this one out.

Now, if you've ever driven through Renton, you've likely seen that huge billboard located at 4224 East Valley Road, advertising The Spot Sports Bar and Grill. And if you've ever been inside, you'd know that this bar is one of those places that are great for patrons of all ages (as long as you're legal, of course). If you're a big bar-goer and decide to come by more than once in the same week, you'll more than likely notice a bunch of regulars that are there at least a few times a week and you'll probably find yourself becoming friends with them since the patrons of this bar are all a great mixed group of fun-loving, beer-drinking, nice people (well, for the most part - anywhere you go you're apt to find at least one bad apple). Fortunately enough though, the staff is friendly as well, the drinks are poured strong from a fully stocked bar (and with fast service that doesn't have you trying to go behind the bar to try and pour your own drinks) and the bartenders are pretty hot (check out the photo below - THAT guy bartends, and no that's not a real tattoo, he was Mike Tyson for HalloweenJ). But, of course, if hot waiters (and waitresses) aren't enough to get you interested, there are some additional perks such as the 3 pool tables and the multiple television sets which are always turned on to whatever game you might be interested in watching (although, I'm pretty sure the bar's regulars may not be too happy if you decide to change the channel to ice skating or some kind of dance competition). And there's one teeny little problem with the fact that there are only 3 pool tables; they do tend to get pretty crowded. But, if you're a true, die-hard pool player and are willing to be a little assertive, you'll be able to fight your way in through the crowd, snag yourself a table and probably get in a couple games before the next die-hard player comes along and demands their turn.

All in all, this bar is absolutely phenomenal. Whether you're a sports fan wanting to watch the game with a bunch of your friends, a single guy or gal trying to scout out some hot piece of meat to buy a drink for or a hardcore pool player that enjoys a lively environment, you're all going to be welcome here and you're all going to have a great time at The Spot Sports Bar and Grill in Renton, WA.

Sounds like a great place! Congrats on your first blog! We are glad to have you part of the team!

This is great to post about businesses around where you live.  Looking at the picture ... are you also a waitress there?

No, I'm actually not a waitress but I did a promotion there for Dos Equis beer last Halloween. :)

I was thinking you were part owner

Welcome to ActiveRain, Zoya, and congratulations on your first post! This is a great website that's full of interesting and insightful information.  Have fun and enjoy!

1. At the very bottom of this comment click "Omaha Real Estate & Omaha Homes for Sale - The Trumm Team (Keller Williams Real Estate)" which will take you to my profile.

3. On the right hand side click the Tags dropdown menu and select "Welcome to Active Rain"

This will take you to my blog on how to get the most out of ActiveRain.

Welcome aboard - working for Active Rain must be fun - you got some crazy guys there.

To be fair, there are loads of great pubs, restaurants and bars in Renton.  I'd have to say that for the public you should also check out places such as:

4. Red House Beer & Wine - a bistro and retail purveyor, the food here is excellent and wine prices with dinner are outstanding!

There are so many more and now new places are popping up at The Landing. Don't limit yourself!

I have to admit Reba, I haven't even been to most of those that you listed. I'll definitely check them out. I'm just a fresh 21 so I haven't had much of a chance to explore too many bars yet - The Spot was just my favorite of the ones I've been to in the Renton area thus far.

I will definitely check out those other places though. :) Thank you for letting me know about them. :) Uncle Mo's sounds awesome - I love live music!

And thank you Virginia! Yes, we've got quite a few crazies. lol. That just makes us all that much more fun :) 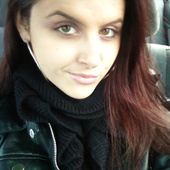