As another decade comes and goes it helps to look back over the past ten years and see how much has changed in the real estate industry. There are certain elements that have really changed the way business is done these days and will have a long term effect on the process of buying and selling a home. According to the National Association of Realtors Profile of Home Buyers and Sellers data:

While these changes have occurred within the real estate industry, some things have remained unchanged over the course of ten years.

While some things change, other stay the same. There will always be innovation that changes this industry and we will adapt to use it to the best of our ability. Have a happy and healthy 2010!

Interesting statistics!!  Thanks for sharing!

Thanks Lisa. It's amazing how some things can change so much while other important factors still remain the same. Best of luck in 2010. I hope it's a healthy, happy and prosperous New Year for you!

This is a great summary of the changes between now and 10 years ago. I was wondering - do you have a comparison of first time home-buyers? I'm just wondering if that has changed much considering the new tax credit. Are there more than there used to be? Are they younger/older than before?

For those with REALTOR designations ...

No one I know with a designation knew about these extra fees. Where is the ethics?

Why would NAR fail to disclose annual fees as they advertise these designations?

Please email me with your problems iwth NAR.       Seattlebroker1@aol.com 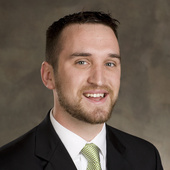